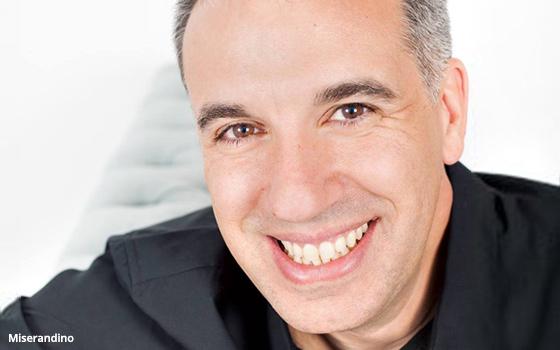 When Dom Miserandino took the reins as CEO of Inquisitr Media in May 2018, the company was burning losses of $150,000 each month. A year-and-a-half later, it is fully profitable.

Total revenues grew 240% in 2019, and its publication website is boasting a 42% surge in traffic. While he did not provide additional data, when Miserandino first got the job he wrote 800,000 readers read the site daily.

The company operates Inquisitr, which mostly serves as a news aggregator, but also publishes trending news and original articles. About 20% of Inquisitr Media’s traffic is referrals from the aggregation platform Flipboard, he added.

SimilarWeb data shows the site received about 34.8 million and 35.3 million total visits in September and October 2019, respectively. Traffic dipped in November and December. The latest numbers show about 28.1 million visits in January.

Though Inquisitr Media makes 100% of its revenue from advertising, no single source (display ads, sponsored posts, etc.) provides more than one-quarter of the share, Miserandino noted.

A seasoned internet executive, Miserandino founded The Celebrity Café, which he says wasone of the first online entertainment and celebrity publishers. He ran the site for 20 years. He then consulted for various media companies. He was CMO of AdoramaPix.com and director of internet operations for Bigfoot, until he was tapped to reorganize Inquisitr Media.

His first move was to restructure operations at Inquisitr.

“Almost every process changed, staffing changed,” he told Publishers Daily. “It was a ton of work, a ton of 16-hour days.”

“I love tweaking something that needs to be fixed — it’s fun. I’m not as interested in moving [a business] 5% in one direction — let’s blow it up and take it to a different place,” he said.

Inquisitr was previously run by a three-person team that oversaw editorial, advertising and tech, led by the main shareholder, Daniel Treisman. Treisman ultimately decided to bring in Miserandino to unify the business. Miserandino formed a data analytics team and a marketing department. The company rebuilt the ad stack.

“We are building direct relationships with our partner platforms,” Miserandino said. During his first week as CEO, he “called every advertiser personally. I went through all the contracts, and I was bringing in ad deals left and right.”

Key to the changes was “removing things from silos,” he added. “My job became a facilitator: How can I help these people work together and form the structure of the organization?”

“Information is flowing from data to marketing to editorial now,” he said.

As with all revamps, there can be staff turnover. Miserandino had to let go of staffers that “did not fit the vision of what we are doing.”

Over time, Inquisitr replaced about 40 writers, “who had higher profiles to align with the Google EAT initiative, which puts an emphasis on Expertise, Authority and Trustworthiness,” Miserandino said, referring to Google’s policy of prioritizing those three attributes in its search ranking of sites. The algorithm penalizes sites that publish spam content.

Miserandino also “automated a lot of the mundane processes” when he took over as CEO. For example, employees no longer have to manually check for broken links on published stories, or check which stories are trending.

The key to profitability for digital publishers is a holistic approach, he noted. It is also necessary to build a nimble organization that can adjust to tides in the business. “Publishers act shocked when something bad happens [to the industry]. I expect change from the internet. When an organization is functional and working well, it can adapt to those changes.”

Going forward, Miserandino wants to expand the company by diversifying revenue sources. He’s looking into video and podcast opportunities, as well as building out newsletter subscriptions.