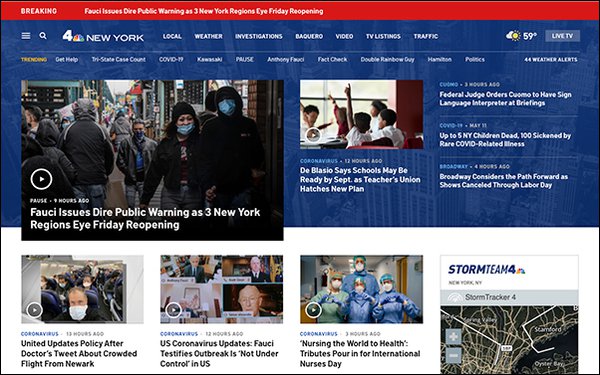 “Our owned stations division has had a lot of success implementing Taboola’s content recommendation platform onto our local NBC/Telemundo sites over the last several years,” stated Shawn Makhijani, senior vice president of business development and strategy, NBCUniversal Owned Television Stations. He noted its "ability to drive meaningful user engagement to our sites."

The move will place Taboola’s feed on the websites of local news stations like NBC 4 NY, NBC 10 Boston across desktop, tablet and mobile, offering visitors a personalized selection of content and video.

Through the addition of Taboola’s feed, stations hope to boost engagement at a time when local news is struggling, in part due to the COVID-19 pandemic.

Adam Singolda, founder-CEO of Taboola, stated: “This partnership is very important to us, and we will continue to double-down on quality journalism for users in the U.S. and around the globe.”

Last year, Taboola extended its partnership with NBC News for an additional five years. Through that deal, NBC News continued to feature the Taboola feed on its digital sites, while also using the platform’s insights and A/B testing capabilities to boost editorial teams’ ability to test the performance of headlines, thumbnails and story placements in real time.