NYT Opinions Editor Resigns Over 'Send In The Troops' Op-Ed 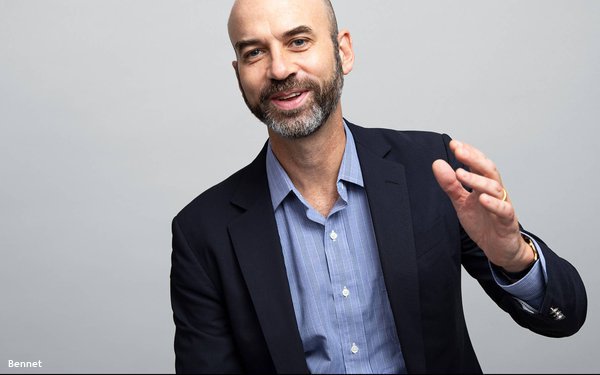 After days of public outrage following his decision to publish an op-ed by Senator Tom Cotton to "Send In The Troops" on June 3 to "restore order" in the United States, New York Times Editorial Page Editor James Bennet resigned Sunday.

In a statement, the paper did not explain the reasons for his resignation, but in his own column on June 4, Bennet acknowledged that the decision "angered many readers." And while he also said that he "strongly opposed" Cotton's opinion and was "personally fearful" about militarizing American streets with federal troops, he said he defended the decision, "because we’ve committed to Times readers to provide a debate on important questions like this. It would undermine the integrity and independence of The New York Times if we only published views that editors like me agreed with, and it would betray what I think of as our fundamental purpose — not to tell you what to think, but to help you think for yourself."

On the following day, June 5, the paper added a 325-word editor's note acknowledging public criticism and that the decision to publish Cotton's column "fell short of our standards and should not have been published." 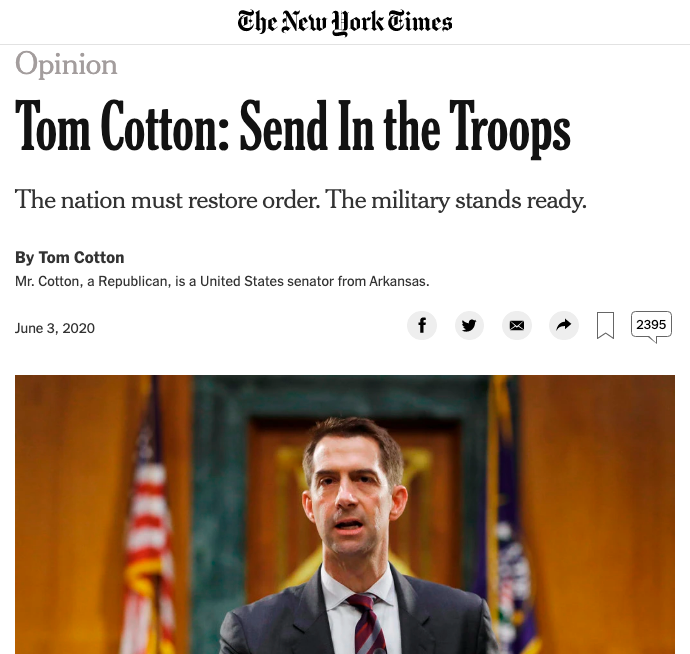