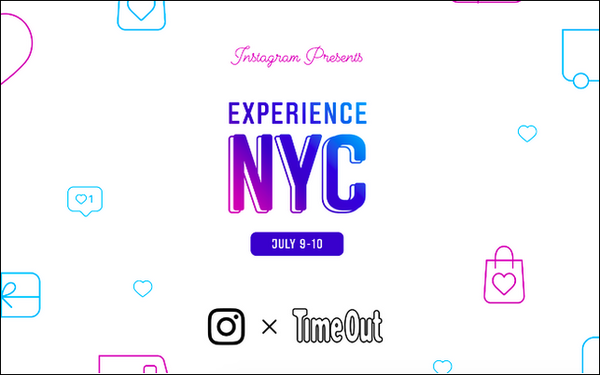 Exeperience:NYC and Experience:LDN take place on July 9 and 10 on Time Out’s Instagram Live feed. The events, which last from morning through evening, focus on small businesses in New York and London.

Partnering with Instagram, Time Out will connect audiences with independent businesses, encouraging them to buy gift cards, place food orders and donate to Robin Hood in NYC and Hospitality Action in the U.K. Local businesses like Brooklyn's Books are Magic and London’s At York Beat dance studio are among those businesses slated to join the lineup.

“We believe that local, independent businesses are what makes our cities so unique and help create memorable cultural experiences,” Time Out Group CMO Sumindi Peiris stated. “[Instagram] make[s] an ideal partner to help us spotlight and amplify the beloved local businesses in our community that have uplifted and united neighborhoods during these tough times.”

Food & Wine executive wine editor Ray Isle and contributor Anthony Giglio will lead wine tastings, while Garrett Oliver will lead a beer tasting. Participants can order the wines to be tested in advance of the event.

The event series, which runs over the course of five weeks, is hosted by Kara Swisher and Scott Galloway. They look at the future of business in a post-pandemic world through discussions about how industry trends for tech and media companies have accelerated. Each of the five events will be released as a podcast one week later.

Attendees have the option to ask questions in real time during each installment and will be supplied with a curated list of supplemental readings.

The series costs $29.95 for all five events, with an option to combine attendance with a digital subscription to New York for $49.95.

To support communities in crisis, $20 from every ticket sold through September 2 will be donated.