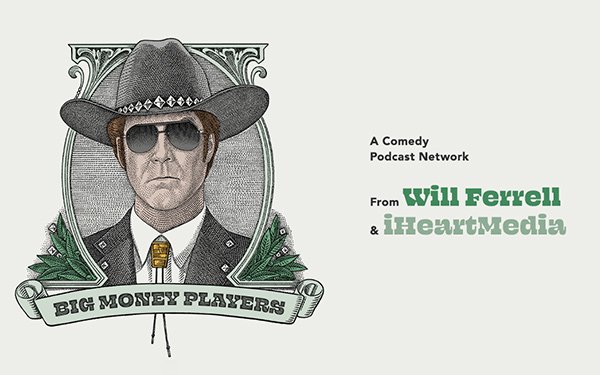 “The iHeartPodcast Network really knows how to make a podcast.” said Will Ferrell. “In addition to the creative minds working behind the scenes, the network has an unprecedented ability to reach millions of new podcast listeners. These first few shows for Big Money Players Network will set the standard for the type of high-quality comedy podcasts we’re striving to produce with this collaboration."

“Las Culturistas with Matt Rogers and Bowen Yang” and “True Romance with Carolina Barlow and Devin Leary” are currently available on iHeartRadio and other podcast distributors, while “My Momma Told Me with Langston Kerman” will debut in August.

“Bald Talk” is set to launch in September and the network plans a fall debut for “POOG with Kate Berlant and Jacqueline Novak” and “Michael Bolton’s Big Sexy Podcast.”

The Big Money Players Network partnership was announced in October 2019, with its launch set for 2020. At that time, the network planned to produce and launch 10 podcasts over the next two years.