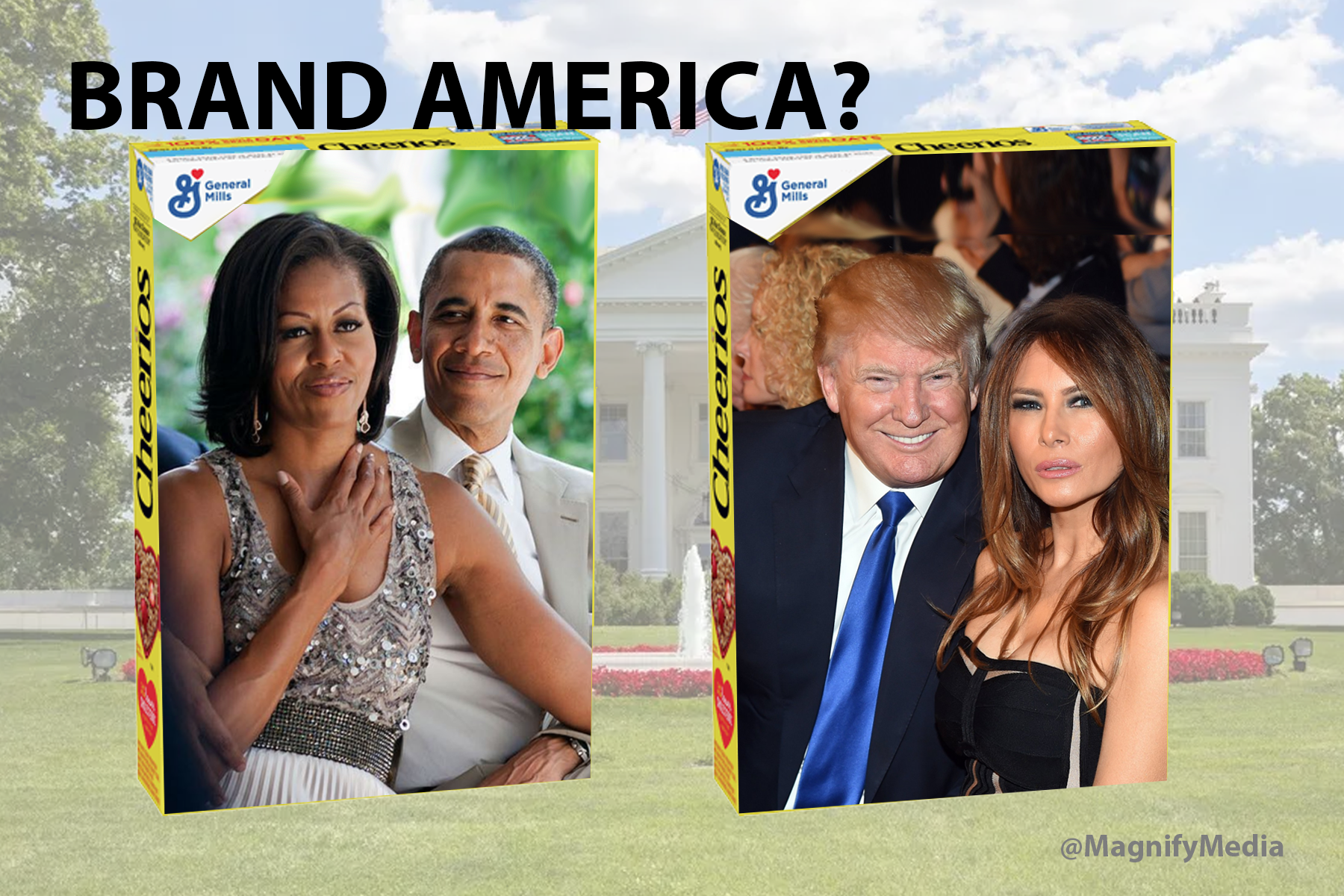 The strong ones are built over time, through a series of promises made and delivered. Campbell's Soup harkens back to childhood winter lunches. Nike’s promise to embrace sport in all of its depth, and for anyone who wants to excel is tied to memories of great accomplishments and inclusivity. Apple’s brand is based on its ability to design and build products that break new ground and bring the world into the future with elegance.

You can break a brand, but it takes time.

America’s brand is powerful. The images of immigrants, opportunity and unique American drive reaches far beyond our shores, inspiring generations to make the journey here to build a better life. It’s part fact and part fable.

As we now increasingly face, our history of slavery and deep-rooted institutional racism won’t be erased or resolved with storytelling. It’s a far more critical and deep-seated disease of anger and hate that we need to cure. And that cure will take fundamental change.

But for a moment, I want to invite you to an American story that you may not know, or if you do perhaps have forgotten.

It’s the story of two poor young people, born without means or family wealth. They each lived in tiny homes, with family situations that were not rich with resources.

The young woman had a strong family, with mother, father and three siblings. The young man was raised by his single mother and grandparents. They grew up in Chicago — and from that modest base they rose to be the President and First Lady of the United States of America.

Listening to Michelle Obama’s podcast on Spotify, you can’t help but be proud of them. Together, they are the embodiment of the American Dream. This is Michelle’s podcast, so she leads the conversation. But the way they retell their story is delightfully chatty and personal.

And that’s the theme of the podcast: How communities they both grew up in helped raise them. How today, asking individuals to fight a pandemic, or remain healthy, without proper health care, isn’t the America they both grew up in.
Barack’s confidence that young people are more optimistic and engaged in today's public life than ever is inspirational.

And yet, he worries that they’ve gotten turned off to government. “What is government?” Obama asks. “It’s just us, a bunch of us, working for US.”

But he is also aware that almost all young people hear about government is when something goes wrong. Says Michelle, “Government doesn’t have a marketing budget. Young people today know more about the cereal they eat, and the car they drive, than what their government does right.”

This is most certainly true. Social media amplifies disasters, failures, misdeeds. It also provides a platform for foreign government actors to sow dissent and disillusionment. That’s not an accident.

Says Barack: "I think too many young people question whether voting, whether politics is worth it."

Michelle puts the question that is on so many people's minds directly to Barack: Does he thinks enough people will vote in this fall’s election to make change? He says yes, but before he can finish his sentence, Michelle interrupts him: “Of course you do, you’re the ‘yes, we can’ man.” How quickly we forget.

America’s brand of embracing diversity, of welcoming in the poor, the tired, the hungry is deep in our collective consciousness. And while there’s a troubling rise in hate, misogyny and racism, don’t be fooled by the hall of mirrors known as social media. They are ugly voices, but they’re not the voices that America was built on. They’ll only be able to create long-lasting damage if we let them.