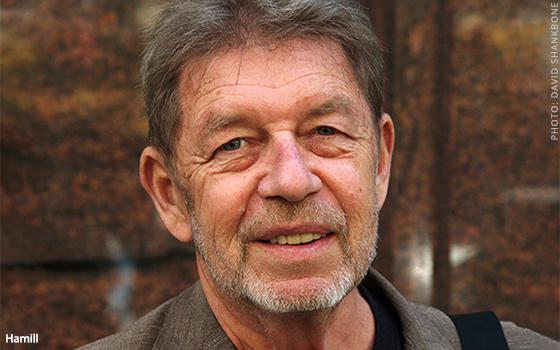 Editor and journalist Pete Hamill has died at 85 from reported kidney and heart failure, following a fall last Saturday, The New York Timesreports.

Hamill, who was born in Brooklyn and spent much of his career chronicling the city, started his career as a journalist at the New York Post in 1960, eventually becoming top editor there and at the Daily News.

His 50-plus year-long career spanned stints at the New York Herald Tribune, New York Newsday, and the Village Voice, work as a foreign correspondent for the New York Post and Saturday Evening Post, and the publication of 10 novels, two collections of short stories and a memoir.

In addition to covering the wars in Vietnam, Nicaragua, Lebanon and Northern Ireland, Hamill was present when Sen. Robert F. Kennedy was assassinated in 1968. Hamill, who was friends with Kennedy, helped to restrain the shooter, Sirhan B. Sirhan.

“The New York Press Club mourns the loss of a legendary journalist and writer, Pete Hamill, who passed away this morning at the age of 85. Pete Hamill was an inspiration to generations of reporters who revelled in his unique style of storytelling and his gifts as a writer and reporter who spoke truth to power. As a columnist, he was one of a select few whose opinions were highly anticipated by the public as events unfolded and daily newspapers were delivered. Government officials, too, awaited his take on a news story,  sometimes in order to formulate policy.

Hamill, who was the oldest of seven children, is survived by his wife, two daughters and a grandson.