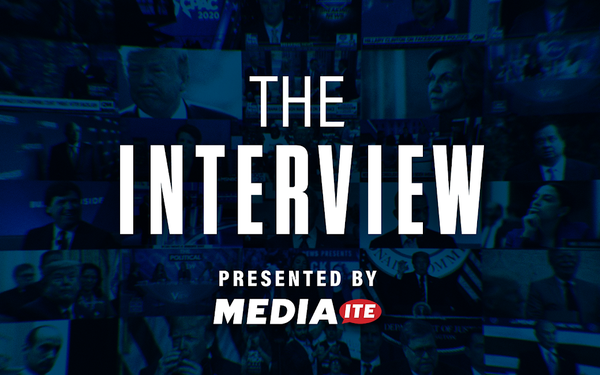 Mediaite’s politics-focused show “The Interview” launches tomorrow, with a new episode appearing every Thursday. In each episode, Mediate EIC-host Aidan McLaughlin will speak with notables across journalism, cable news, politics and media.

“The Interview” will explore and discuss the top news of the week, dissecting what goes on behind the headlines.

“I’ve spent much of my time, as editor of Mediaite, interviewing the top journalists and broadcasters in news for publication on our site,” stated McLaughlin. “I’m excited, if a bit terrified, to have those conversations recorded and released to the general public. I’m betting the specific and unique nature of Mediaite’s beat will draw out fascinating conversations with the people driving the news cycle in the run up to the election.”

“With people still spending quite a lot of time at home, our podcast comes at the right time — it’s a great way for our brand to connect with our audience in a new way. And to connect our audience with the buzz and excitement of this amazing city, which we all can’t wait to explore again, hopefully soon,” stated Culture Trip’s Alex Shebar, creator-co-host of “Only In.” “During what is a difficult time for the city, our podcast reminds us of all the great people and experiences in it."