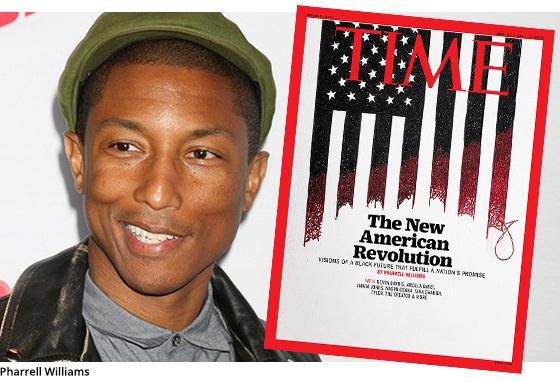 The issue’s cover is by artist Nneka Jones. She depicted an unfinished American flag, representing the work being done in the U.S. to fulfill the nation's ideals and Black leaders “looking up to a very optimistic future, the artist stated.

The image was created by stenciling the outline of the black stripes on a canvas then hand-embroidering them with black thread. The white stripes and stars are both raw canvas, with hand-embroidering around the stars perimeters.

Williams wrote in an essay for the project: “In assembling this project, I asked some of the most qualified people I know in every field to talk with us, and with one another, about the way forward. I wanted to convey a vision of a future filled with the artists, creators and entrepreneurs who can fulfill the promise of this country’s principles.

“America’s wealth was built on the slave labor of Black people: This is our past. To live up to America’s ideals, we must trust in a Black vision of the future.”