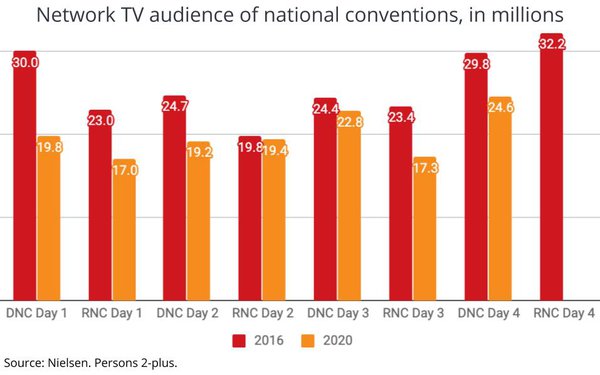 The network television audience for the third night of the Republican National Convention fell 11% from the second night -- so far the highest-rated of this year's GOP convention -- according to estimates released this evening by Nielsen.

Through the first three nights, the average audience of the GOP convention (17.8 million) trails the DNC's (20.6 million) by nearly 3 million viewers.