A Man With A Van 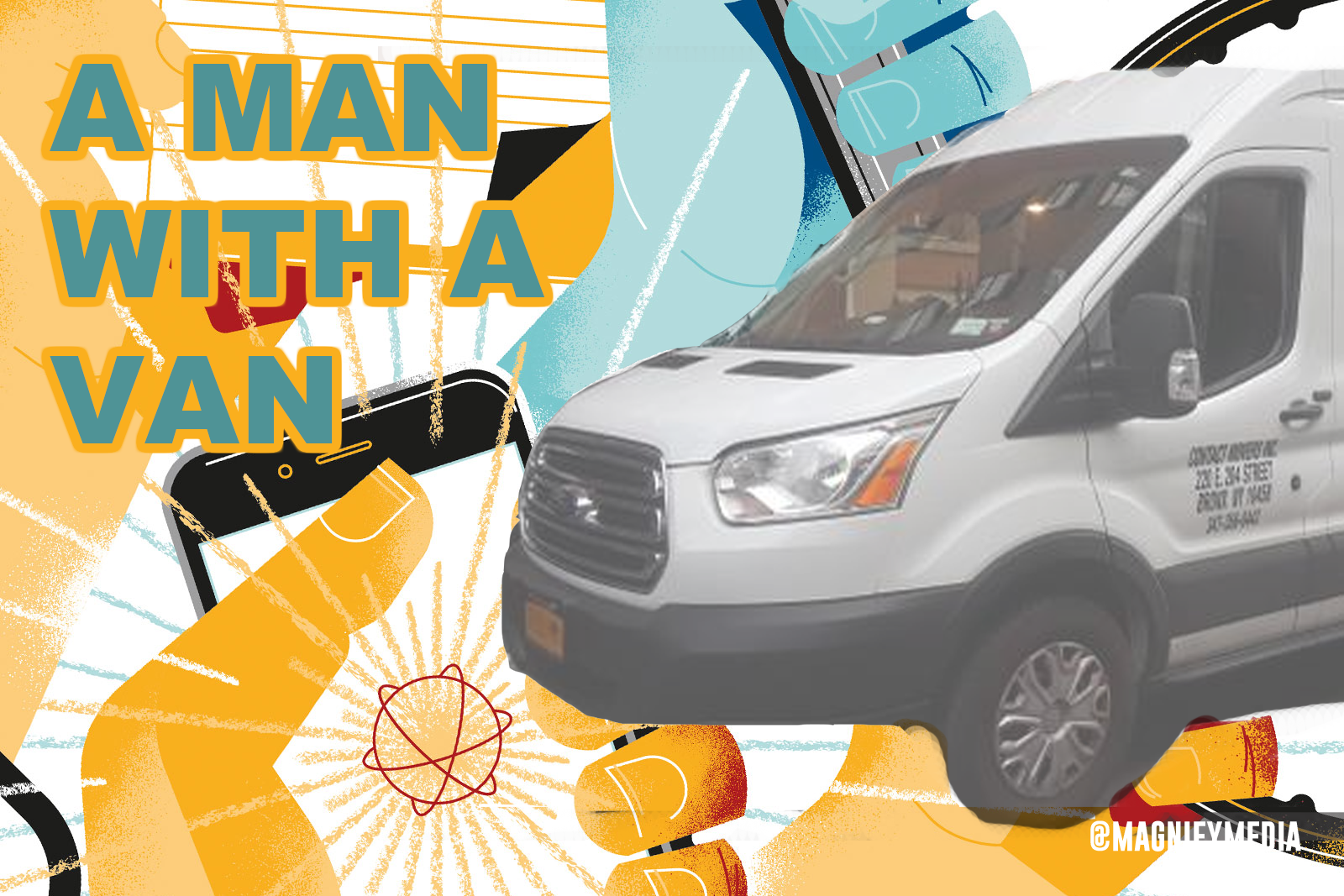 The thing about the gig economy is that it’s remarkably unbalanced -- even as some marketplace technology companies try and bridge the divide.

Two examples, and then a surprising conclusion.

First, the man with the van.

My son needed to move into a new apartment. He was planning to rent a U-Haul. It was going to be a long, hot, sweaty day, and expensive. But dad to the rescue, because somewhere in my brain I knew there was a magic phrase -- the “Man with a Van” -- and it was just a Craigslist search away.

Bingo, first try, the Man is there. (There doesn’t appear to be any listing for a Woman with a Van, so it’s not me being sexist.) The Man asked good questions and came back with a fair price. It would be cheaper than U-Haul, and you get the van and the helping hands. We agreed to hire him for Saturday at 10 a.m.

But then 10 a.m., came, and -- no van. No man. We texted him, and he said he had “no record” of a booking. We screenshot and sent him the agreement we’d made. He offered Sunday as a compromise. Only problem, my son was packed, and his apartment awaited him.

We went back on Craigslist, found more men with more vans -- and this time, a fantastic mover. Quick, responsive, pleasant and positive. The move went like a charm, and my son is moved.  A generous tip for the Man.

Part 2: Fiverr. I needed some graphics and animation done. Went on Fiverr. The challenge with Fiverr is, it’s hard to tell the quality of the gig worker. There are comments and stars -- but in the end, a $25 gig in some parts of the world is generous, and in other parts, is spare change.

But I’ve had good success with Fiverr in the past. You start with a small gig, and you speak to a bunch of people (via messaging app). You are both sizing each other up. Then you give one (or sometimes a few of them) the gig. Small dollars and you look at speed, reliability, quality, and results.  There’s a clear winner. The price is fair, and the results are excellent.

With Fiverr, it needs to be a win-win for both the gig worker and the person who needs the work done. In the end, it can lead to more work -- but the challenge is that most users have work on an irregular basis -- a few graphics or voiceovers every few months. So it’s not really about building a relationship. The Fivver worker can’t count on me to pay rent. And I can’t count on him or her to be there when I need them. It’s very transactional, and that puts the onus on the gig employer to find good, reliable talent, and then pay them fairly.

Whether it’s for a van or a graphic artist, the gig economy isn’t a long-term connection between client and provider. It’s short and over soon.

A few months back, I had a Fiverr animator create a logo animation for me. Paid a few hundred bucks after it was all over and we added a few bells and whistles. But when I wanted to use him again, Fiverr reported he wasn’t taking any work at this time. Very sad, because after all the vetting he was the best.

Keep in mind that with all new relationships, it often comes down to how you connect and if you can communicate clearly. Different time zones and language barriers don’t make that any easier.

So is it possible to use Craigslist and Fiverr (and other services like UpWork) to find talent that you can then grow with? Chances are, by the time you have more work, they’ve moved on.

The gig economy is fragile, with workers and their employers both spending a lot of time vetting each other. So what you save in project fees can end up being invested in the time it takes to find the right vendors and then hoping they show up on the assigned day and time.

It’s all part of the new, risky, transactional world we live in.