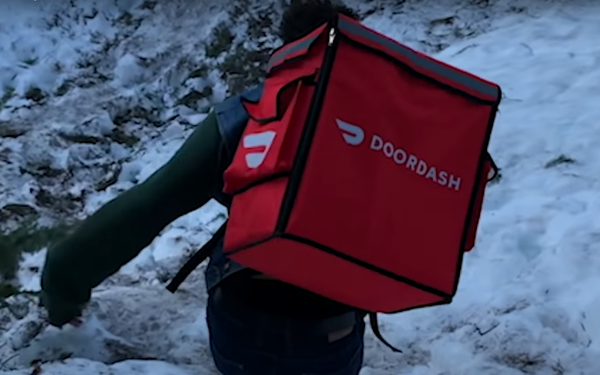 Talk about going from hero to zero. Grocery chain Albertson’s is reportedly getting rid of unionized delivery drivers -- you know, the people they called brave essential workers a few months back?-- next month, replacing them with gig workers from DoorDash.

And while the current uproar may seem local, first reported by KNOCK-LA, it’s got national implications for restaurants and food chains everywhere that hope to keep expanding delivery options for COVID-wary consumers without looking like dignity-crushing despots in the meantime.

The decision is generating plenty of vitriol on social media, as unions, customers and comedians call out the chain -- which also owns Von’s, Pavilions and Jewel-Osco -- for hypocrisy.

It also comes at a tender time for DoorDash, which went public a few weeks back amid plenty of speculation that its hefty valuation would quickly sag. Naysayers, including The Motley Fool, argue that despite having 1 million “Dashers” signed up, it is destined to duke it out with GrubHub and Uber Eats, plagued by low profit margins.

But some experts think DoorDash will do well, as Americans continue to look for better ways to get their favorite restaurant meals delivered.

“The company’s early focus on suburban markets has created a unique first-mover advantage, yielding a market-leading 48% share of third-party online delivery,” writes Jason Helfstein, who follows the company for Oppenheimer. That’s “driving an enticing, profitable unit economic profile that will fund international expansion efforts and a movement upstream toward accelerating share gains in the Tier-1 markets.”

The San Francisco-based company made its stock market debut in early December, delivering for some 4,000 businesses in 50 states, as well in Australia and Canada.