230 Reasons Why We're All Publishers Now 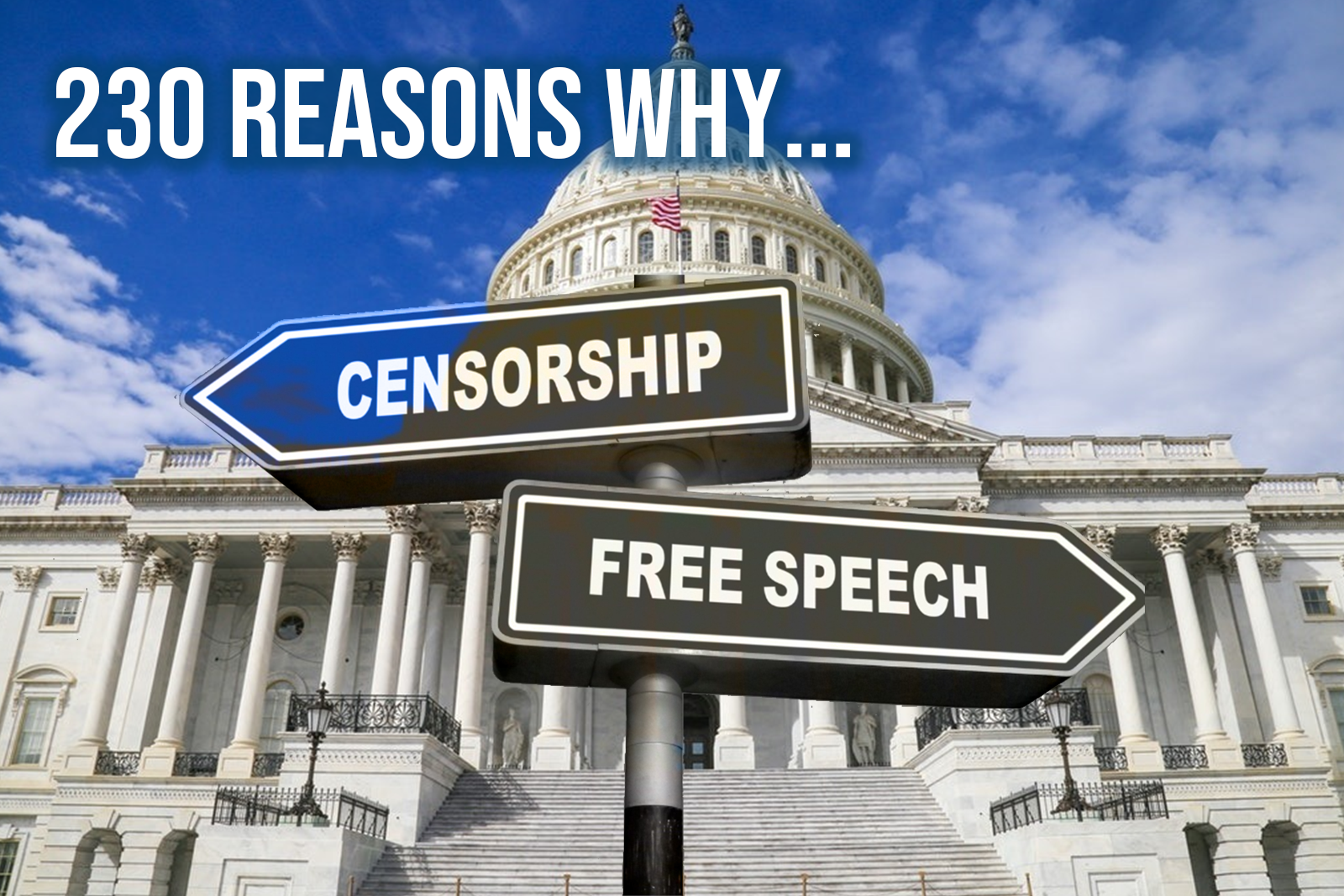 Remember when the internet was young? It brought an avalanche of content that moved from the physical to the digital world: conversations, then blogs, then pictures, then podcasts, then video.

So, the internet changed the world (or, for you old-timers, The World Wide Web did). And it’s fair to say that Section 230 of the Communications Decency Act of 1996 was the single most important piece of legislation that gave nascent internet companies the freedom and safety to grow fast and break things. The act said that an “interactive computer service” can’t be treated as the publisher or speaker of third-party content. This legislation created a safe harbor for internet companies to act as a platform rather than a publisher.

What does that mean? Well, if you had an article written about you in the local paper that you thought was defamatory, you wouldn’t sue the printing press, or the newspaper delivery guy -- you’d sue the newspaper. In this example, YouTube, Facebook, Reddit, Twitter, and all the other web publishing platforms would be the printing press. So they could print anything, and if they were the target of a take-down notice, claiming for example copyright violations, then all they had to do was investigate and take down the offending material.

Ah, those were the good old days. And the web flourished. People got a whole new source of content, and a bunch of developers and entrepreneurs got rich.

When Amazon Web Services, Twitter, Facebook and others decided to ban Donald Trump and his followers from posting violent extremist material, they crossed the line. They’re now publishers. The jig is up.

Now, I’m not saying this is a bad thing that shouldn’t have happened a long time ago. Hey, Reddit -- where would the world be today without the blight acceptance of r/TheDonald? Historians will have to sort that one out.

But today, Section 230 and all of the jet fuel it gave to foster the internet is no more. It’s unclear how it will be dismantled. Big Tech will unleash a massive army of lobbyists and political donations to try and blunt the coming unraveling of the Communications Decency Act. But, the changes are now inevitable.

In May 2020, now outgoing President Trump published an executive order aimed squarely at taking down Section 230 and social media. The order demanded that Section 230 be redefined, based on claims that Big Tech was treating conservative voices unfairly. It was mostly ignored until Trump demanded the order be included in The National Defense Authorization Act, and when it wasn’t, he vetoed the act. But that too was pushed aside by Congress.

But Trump’s impending ouster won’t get Section 230 off the hot seat. President-elect Biden is no fan of the law. In January 2020 Biden said that section 230 should be revoked because platforms are "propagating falsehoods they know to be false.”

Today, Big Tech is flexing its editorial muscle. The result either limits or bans voices that it determines are inciting violence.