When Voters Become Fans Instead Of Citizens 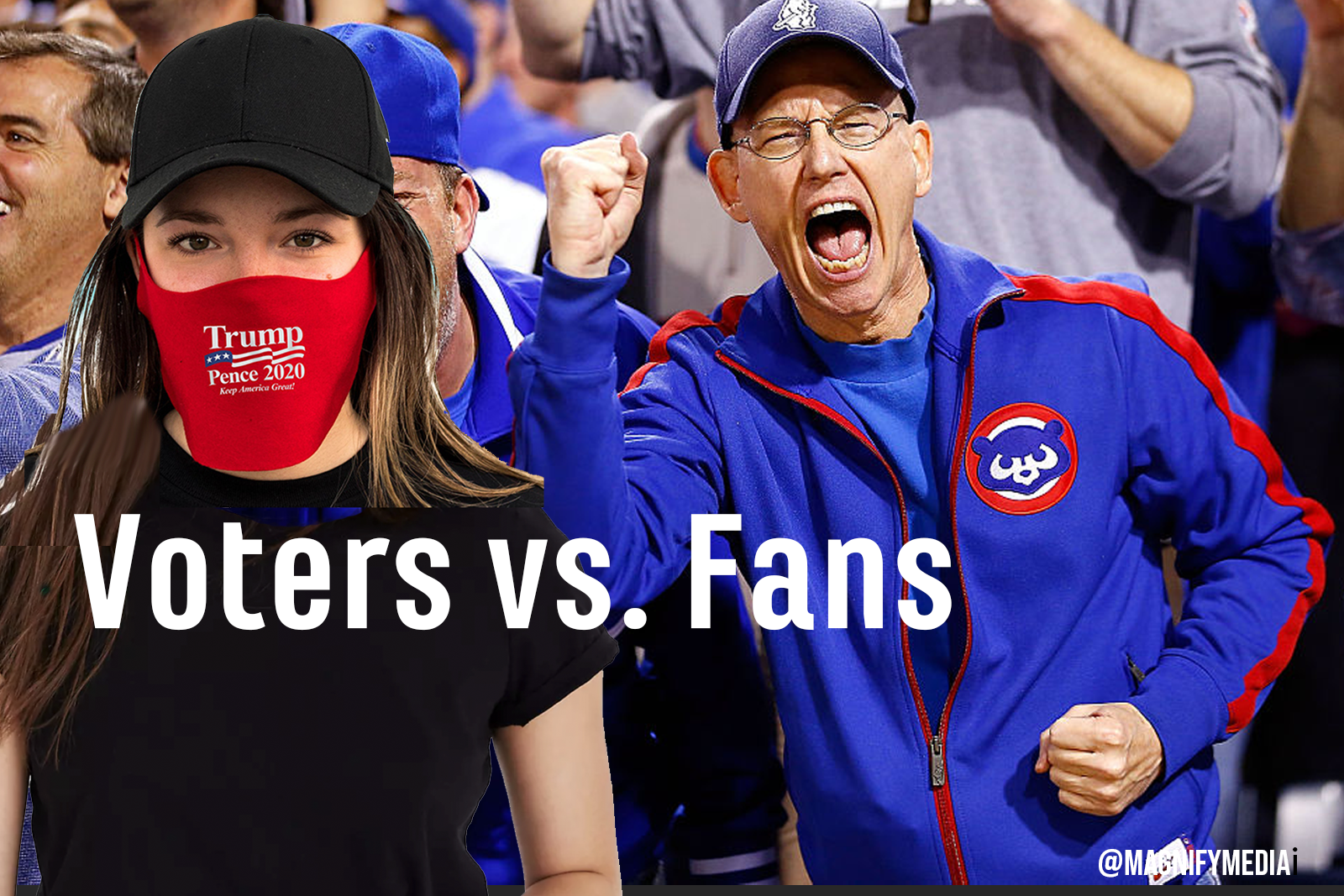 I’m a pretty demanding consumer. While I do have some affection for brands, a bad customer service experience or a poor product can alienate me pretty quickly.

I’ve also never been much of a fan. I’m not loyal to a particular sports team, or performer. I don’t stand in line to get autographs or branded swag.

And that’s why I’ve been struggling to understand the shift in American politics.

One example: While I voted for Barack Obama twice, I wouldn’t call myself an Obama “fan” or “supporter.”  He is a fine human being.  I met him once and shook his hand. I think he did a good job, and I appreciate the humanity that he exhibited in office. But he’s not a sports team or a reformer, he was an able public servant -- and I expect he’ll continue to do good work in whatever his next role is. But I wouldn’t paint my face or wear an “Obama” jersey in the stands in a stadium.

This is why I found the wildly cheering crowds at Trump rallies so puzzling. The attendees didn’t seem to be excited by his policies, or his efforts. They were fans of somebody they saw as a star, and they were excited to be in his presence.

Has that ever been the case before in American politics? Were there fans of Carter, Bush or Regan?

It seems like this new crowd of political fans, loyal to a fault, is a new phenomenon.

There’s now some research, published in Public Opinion Quarterly, that suggests this shift may be measurable and real.

"Scholars have pointed out a significant difference between identity-based and issue-based ideology in the American electorate,” according to the study. “These findings demonstrate how Americans can use ideological terms to disparage political opponents without necessarily holding constrained sets of policy attitudes.”

Let me translate: People are voting for characters they like, not policies they care about.

It seems that today voters see themselves in camps -- a red team or a blue team, each with its share of hard-line members.

Why does this matter?

Well, sports fans generally leave their personal battles on the field. But for highly identified fans, fans who are deeply committed to their team, a win feels personal, and a loss feels like a personal defeat. Ouch.

As the website The Conversation explains it: "For those same highly identified fans, a loss isn’t simply disappointing. Instead, it poses a threat to their identity and causes psychological discomfort that leads to stress, depression, and a greater willingness to confront others. They’ll often double down in support of their team. They might declare their team the best, regardless of the outcome. They’ll say the loss was a fluke and that external causes were to blame -- poor officiating, an injury, or cheating by the other team."

Take that bit of disturbing information and think about the attack on the U.S. Capitol.

The Conversation goes further: "We found that 55% of Trump voters in our survey still falsely believed that Donald Trump had won the 2020 election. This result was significantly influenced by their level of team identification; voters who were highly identified Trump supporters were more likely to hold this false belief.”

The idea that politics is being seen more like a competition, rather than an expression of our democracy, has dangerous long-term implications. If Trump returns to politics, his fans are most certainly going to follow him. If Congress acts, and Trump is impeached and barred from holding public office, then other presidential aspirants are sure to take pages from the Trump playbook and shift their alliances to the new player on the same team.

While voters are by their nature open to persuasion, based on their particular issues or social agendas, fans have no such concerns. Trump can be both pro-life and anti-children held at the border, and his fans have no trouble adjusting their beliefs to accommodate.

Voters as rabid fans is a disturbing trend. It makes it impossible to have a conversation, or discuss the facts of issues or political platforms. Just as it’s impossible to talk a Mets fan into becoming a Yankees fan, asking a Trump fan to switch teams and become a Biden supporter is equally impossible.

How many Americans now look at politics as an us vs. them contact sport? That’s hard to say, but the size of the fan contingent was large enough to put tens of thousands of people in the National Mall, and thousands of them in a march to occupy the Capitol. And that issue isn’t going away any time soon.

politics
1 comment about "When Voters Become Fans Instead Of Citizens".
Check to receive email when comments are posted.
Next story loading