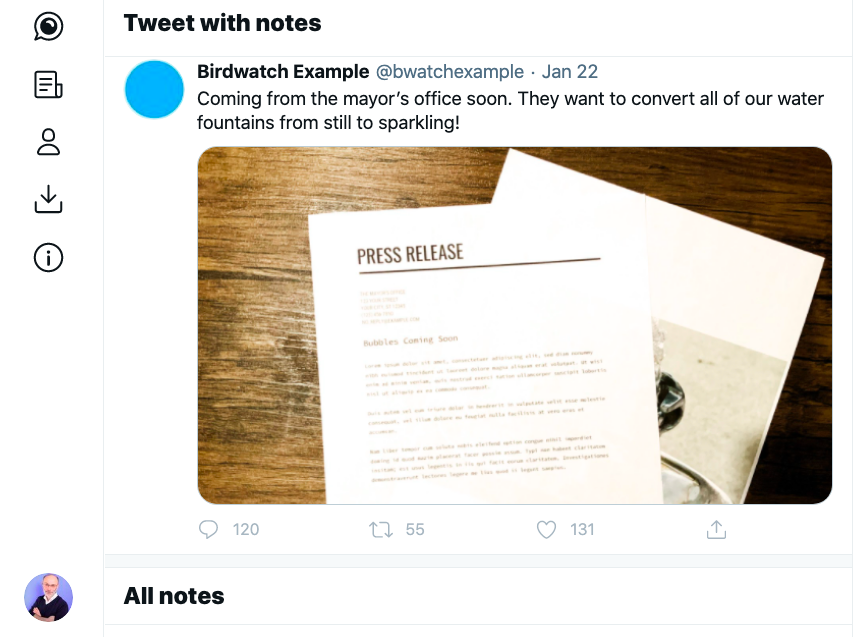 As part of its continuing effort to battle disinformation, Twitter Monday unveiled a new platform providing tools for users who want to help vet the veracity of questionable content they see tweeted.

Dubbed “Birdwatch,” the new platform is rolling out as a U.S. pilot utilizing a “community-driven approach” to combating misleading information on Twitter.

“Here’s how it works,” Twitter Vice President-Product Keith Coleman wrote in a post on the Twitter blog, explaining, “Birdwatch allows people to identify information in Tweets they believe is misleading and write notes that provide informative context.”

By crowd-annotating questionable information, Coleman said the goal, effectively, is to drown out the bad information by “adding context that people trust and find valuable.”

Ultimately, he said Twitter will make those community-based notes visible directly on tweets for its entire global audience “when there is consensus from a broad and diverse set of contributors.”

During its pilot phase, he said those notes initially will be visible only on a separate Bridwatch site, where the project can incubate until Twitter’s team has the confidence to make it more broadly available for all its users.