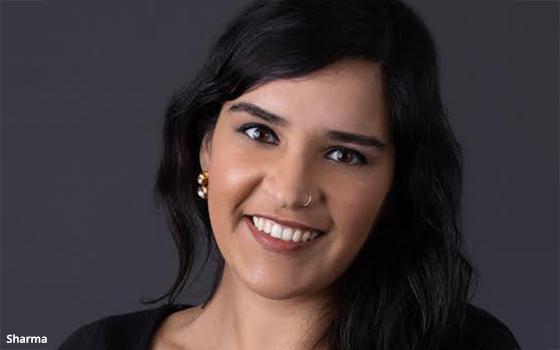 Sharma replaces Lauren Williams, who announced last November that she would leave Vox this month to start Capital B, a nonprofit news provider for Black audiences.

Williams also served as SVP at Vox. The publisher is conducting an “inclusive” search for a replacement for her in that role.

Prior to joining The Atlantic in January 2018, Sharma spent over four years at The Washington Post, as deputy general assignment editor and foreign and national security digital editor.

Sharma also worked at The Boston Globe, where she coordinated live coverage of the Boston Marathon bombing in 2013, reporting that was cited in the newspaper's Pulitzer Prize for breaking news.

Sharma brings “an appreciation of Vox's distinctive journalistic mission and proven experience leading teams to consistently produce their best work,” states Melissa Bell, cofounder of Vox-publisher of Vox Media. She joins at “an incredible moment of change for both us and our audiences.”

For her part, Sharma notes that since its inception, Vox has  “worked to provide a deep understanding of an ever complex and often confusing world,” Sharma states. “With a still raging pandemic, an overdue and ongoing racial reckoning, and a new presidential administration, the work is more vital than ever.”

That work should “challenge long-held perceptions, inspire people to live better lives and foster the kind of discussion that leads to real change,” Sharma adds.

The Vox website now serves almost 30 million readers per month. In addition, it offers podcasts and other forms of content.
management, online publishing
Next story loading