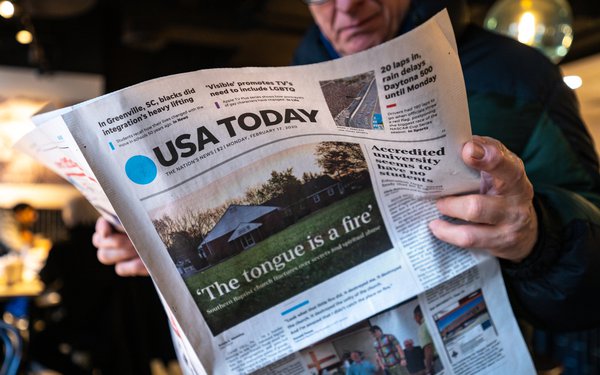 U.S. newspapers saw their print circulations fall during the height of the pandemic last year — and for some, it was a free-fall, according to the Press Gazette, based on data from the Alliance for Audited Media (AAM).

From Q1 to the pandemic period of Q2 and Q3, the average circ decline was 20%. It is not yet clear if these papers are recovering, or if they ever will, but it may explain why the newspapers are increasingly turning to digital projects.

The article explains that USA Today and the WSJ were “particularly badly hit by falling sales to hotels as travel dried up during the pandemic.

Only one paper — the Tampa Bay Times — enjoyed an increase: 4%. However, the figures are for average Wednesday circulation. The paper switched from daily to twice-weekly, the Press Gazette reports.

The report covers the 10 newspapers with the largest weekday circulations in the U.S.

In contrast, the remaining paper in the top 10 all had declines in the single digits. These included Newsday (-4%), the Chicago Tribune (-3%) and The Star Tribune (-2%).