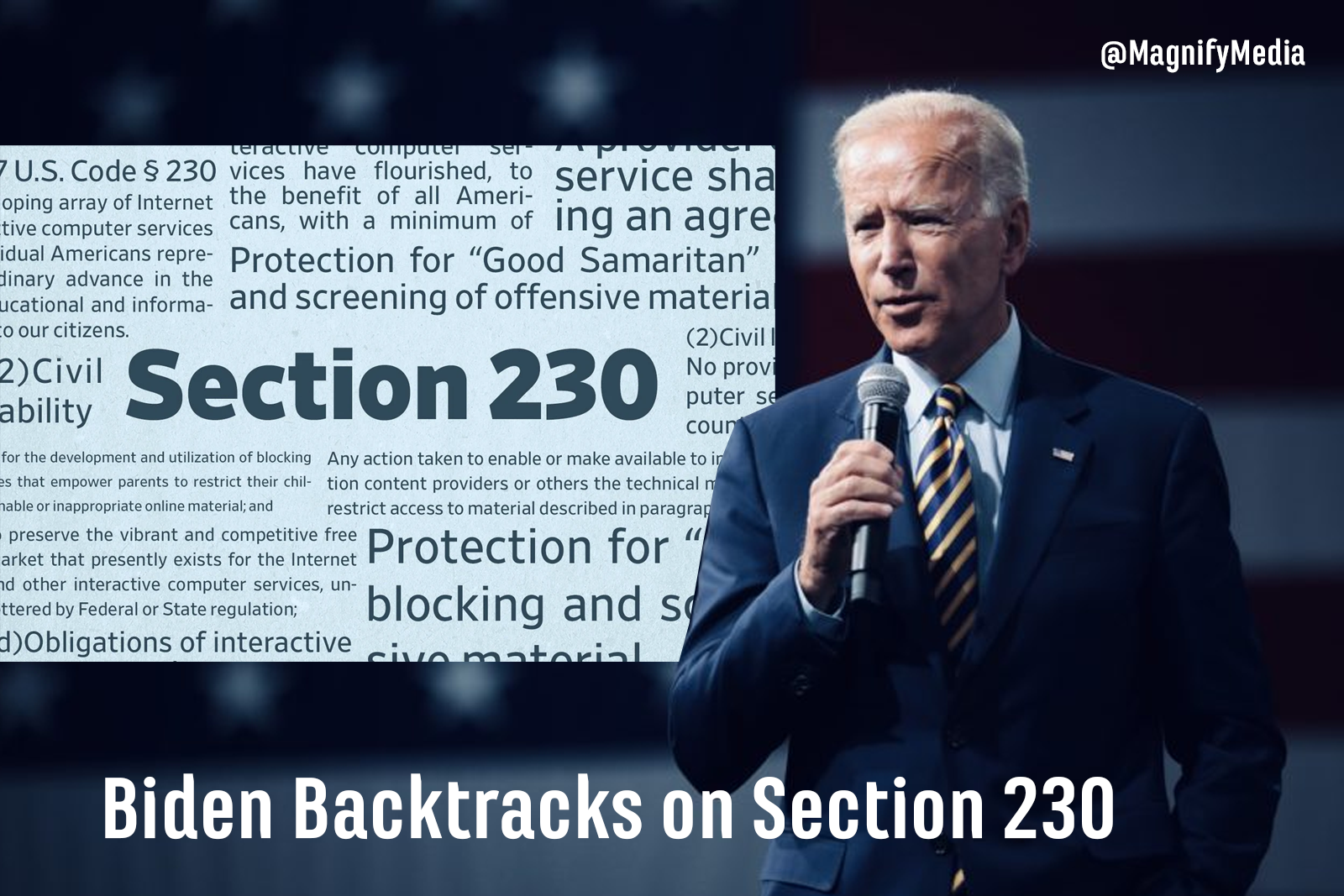 Let's face it, section 230 of the Communications Decency Act is complicated and has become a contentious issue. Over the past year, I've hosted two big panels at SXSW about section 230, which basically places “the liability for content online on whoever created that content, and not on whoever is hosting it,” according to Mike Masnick in a Techdirt post. During each panel, everyone agreed that "something had to be done." The question, of course, was what?

And then, in the midst of this complicated conversation, last year the former president signed an executive order that would revise section 230. Donald Trump didn't like Facebook and other social media platforms fact-checking his often fake and fictitious posts.

Now President Biden, slowly and carefully repairing the damage done, has rescinded Trump’s executive order, which, according to the Electronic Frontier Foundation, was “dangerous and unconstitutional,” and “threatened internet users' ability to obtain truthful information online and retaliated against services that fact-checked the former president.” The order called on the Federal Communications Commission to develop regulations that might have affected online publishers’ strategies for content moderation.

Still, Section 230′s days may be soon numbered. Both Democrats and Republicans agree that it should be adjusted, amended, or revoked -- but, as you might expect, for different reasons. Lawmakers on both sides of the aisle have introduced bills and pushed for change to the legislation, including Republican Senators Josh Hawley and Ted Cruz, who have called social media platforms out for bias against conservatives.

This is a big deal, as section 230 is often known as "The twenty-six words that created the internet."

So while it's great that Biden has rolled back Trump's executive order, the real issues facing control of the protocols around web platforms, free speech, and careful curation to protect the public from malicious and fake information are still very much on the horizon.