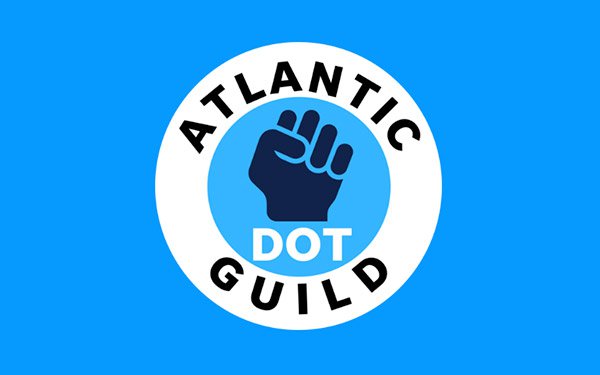 The employees have formed a union, Atlantic DOT Guild, with the NewsGuild of New York, CWA Local 31003. It covers employees working on 37 websites across New York, New Jersey, Pennsylvania, Delaware and Maryland.

The union charges that late last year, producers in the five-state region were “invited” to reapply for their jobs in order to join a regional restructuring.

It continues that Gannett producers have suffered restructuring, layoffs and furloughs within their newsrooms.

Gannett responds it “strongly supports the National Labor Relations Board’s (NLRB) election process and has always participated in that process fairly and in good faith. Central to that process is a democratic election in which every employee’s voice is heard.”

Gannett continues: “We respect the right of employees to make a fully informed choice for themselves whether to unionize or not to unionize. That is at the heart of our decision not to recognize the union unless it prevails in a secret ballot election conducted by the NLRB."

However, digital producers argue the issue is about their status.

“For many of us, organizing as the Atlantic DOT Guild is about dignity, in one way or another,” states digital producer Jack McLoone.

“This plane doesn’t fly, so to speak, without producers, and yet we have very little agency as to what that flight path looks like. We’re overworked and yes, underpaid, and that comes at the ultimate expense of a worse experience for our readers," he adds.

“Today, we proudly welcome the Atlantic DOT digital producers into our union,” states Susan DeCarava, president of The NewsGuild of New York. “They are fighting to establish newsroom baselines for fair pay, job security and greater investment in ensuring reader access to the vital and necessary journalism they produce.”
digital, employment, newspapers
Next story loading