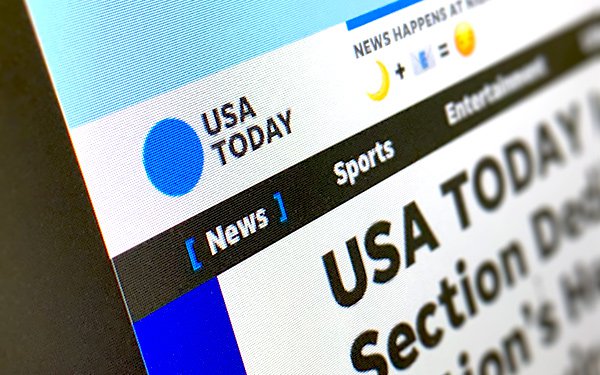 Gannett is fighting an administrative subpoena that would force it to reveal the identities of people who read a USA Today story headlined: “FBI identifies 7 agents killed in Florida while serving warrant in crimes against children case,” on Feb. 2.

The FBI demands that “Gannett produce records of Internet Protocol (“IP”) addresses and other potentially identifying information ‘for computers or other electronic devices” that accessed the News Report between 8:03 and 8:38 PM on February 2, 2021,” Gannett alleges in a motion to squash the subpoena filed on May 28 with the U.S. District Court for the District of Columbia.

The FBI is seeking the names as part of a criminal probe.

But Gannett is fighting the subpoena on two grounds.

First, it argues the FBI failed to comply with Department of Justice regulations for subpoenas to news media, rules it says the Biden administration has vowed to enforce.

The FBI sent the subpoena to Gannett on April 29 without prior notice, in violation of procedure, it states. Moreover, the FBI faxed it “to an office that has been closed during the pandemic,” and set a deadline for May 29, the Saturday of a holiday weekend.

Also, it asked Gannett to “not disclose the existence of this subpoena indefinitely,” Gannett charges in the motion filed by Charles D. Tobin and Maxwell S. Mishkin, attorneys with the firm of Ballard Spahr LLP.

Gannett also contends such a demand “invades the First Amendment rights of both publisher and reader, and must be quashed accordingly.”

The motion quotes Supreme Court Justice William O. Douglas who wrote: “Once the government can demand of a publisher the names of the purchases of his publication, the free press as we know it disappears.”

The case involves the shooting of FBI agents by David Lee Huber, a figure in a child pornography investigation, who opened fire on the agents when they tried to execute a search warrant.

The shooting occurred “hours before the article was written and half a day before the window of time the FBI appears to be zeroing in on,” observes Politico, which broke the story. Huber was killed during the gunfight.