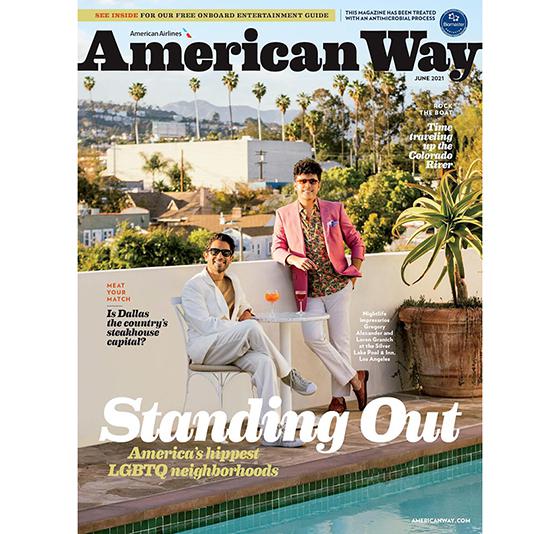 American Way, the in-flight magazine launched as an annual by American Airlines in 1966, is disappearing from the skies this month. The last issue, featuring the headline, “Standing Out — America’s hippest LGBTQ neighborhoods,” is dated June 2021.

Airline, which follows Delta and Southwest in retiring its print product, is already focusing on digital entertainment to engage travelers in-flight.

For instance, the company offers a library of 600 movies and TV shows, and over 150 classes in creative, productivity and language via American’s new Lifestyle inflight entertainment channel. This features Rosetta Stone and Skillshare content.

Flyers can stream these offerings on their phone, tablet or laptop.

American says the shift will eliminate some paper waste and reduce weight on aircraft.

Although it hasn’t said so, the switch to digital can also presumably help advertisers target audiences and personalize ads.

At their peak, In-flight magazines were potent revenue generators, stuffed with direct response ads and other advertising.

Some flyers saw them as an annoyance, and quickly stuffed them back into the seat racks. But others enjoyed thumbing through them, for the maps and the features on culture, lifestyles and travel. Many took the opportunity to shop. Seat racks on planes also gave rise to mail-order catalogs.