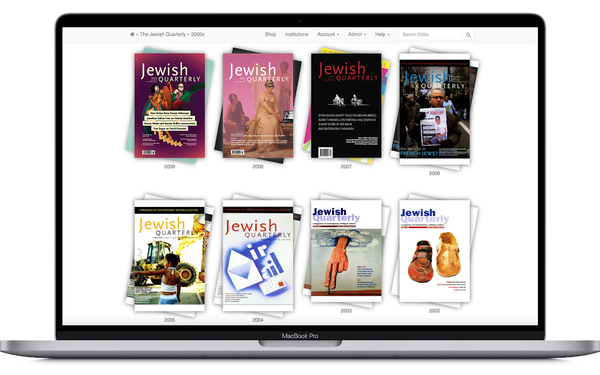 The Jewish Quarterly, the venerable title devoted to long-form journalism and analysis, is offering digital access to past issues following its relaunch this year under new editor Jonathan Pearlman.

The digital edition, supported by the Exact Editions platform, is available via web, iOS and Android devices.

Institutional subscribers can use the archive, going back to the publication’s founding in 1953, as a research tool, thanks to a Boolean search function.

The Jewish Quarterly is published by Australia’s Schwartz Media and Books.

“Since its inception in 1953, JQ has covered significant events and topics and the digital archive is an invaluable resource for students of literature, politics, religion and history,” states Caraline Douglas, sales-marketing manager at The Jewish Quarterly

Its mission is not to advocate, but to investigate “complex and pressing matters of politics, religion, history and culture,” in-depth JQ claims.

New editor Pearlman is also editor of Australian Foreign Affairs and world editor of The Saturday Paper. Previously, he worked at The Sydney Morning Herald.