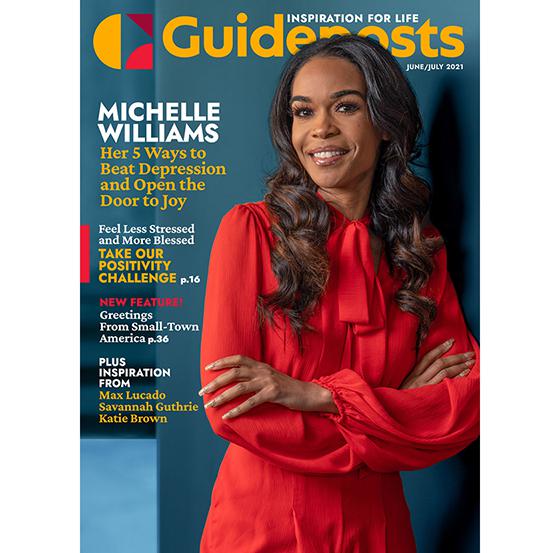 the 76-year-old inspirational magazine, is undergoing the same changes as other publications. For one, it has reduced its print issues from 10 to six per year.

But these editions will contain at least 30 added pages, for a minimum of 100 per issue, and they will be printed on higher-quality paper stock. Also, there is an enhanced design to drive visual storytelling.

The changes can be seen in the June/July issue, featuring former Destiny's Child singer and actress Michelle Williams on the cover.

Moreover, the redesign will help the print issues align more closely with the digital content on Guideposts.org.

The magazine, which claims to reach 4.5 million people, announced several of these changes last month. "In today's shrinking magazine world, we're making important investments in the magazine that will keep it vital for years to come," said Guideposts Editor-in-Chief Edward Grinnan.

The new digital assets will help people do a “deeper-dive” into the stories they’re interested in,” CEO John Temple told the Danbury News-Item. This includes videos, photos that didn’t make it into print issues, and other content.

Temple added that Guideposts now reaches more people through than print. It has about 3 million followers on social-media platforms.

Guideposts calls itself the “go-to publication for positive, uplifting personal stories from celebrities and everyday people alike.” Non-denominational and nonpolitical, it covers topics such as prayer, addiction recovery, marriage, hobbies and forgiveness.