Criminal-Justice Site 'The Appeal' Closes Down, But Staff Will Try To Revive It 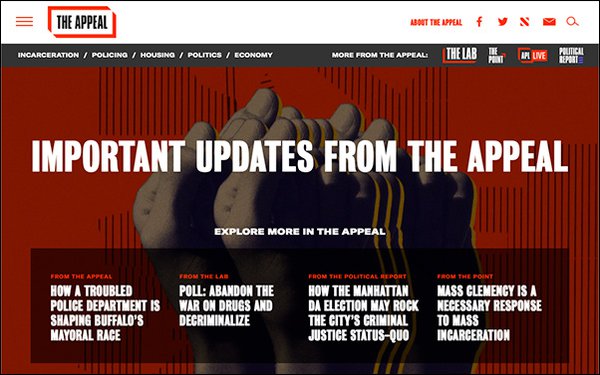 , a site devoted to criminal justice reform, has announced that it will “sunset in its current form on June 30,” but that staff will relaunch it in the near future.

The announcement continues: “As we have evaluated the challenging funding landscape, a fiscal restructuring, and changes in the project leadership, it became clear The Appeal could not continue in its current form.”

The staff will work without pay to relaunch the product and is soliciting donations to support the effort.

The staffers state they are “not giving up on the mission that has made The Appeal a leading national voice on the harms and injustice of the criminal legal system.

NiemanLab, which first reported the story, writes of the June 30 closing announcement: “June 30 being … today. So not a lot of advanced notice.”

“This was a difficult decision, but one we believe is most consistent with our mission and values, responsibly manages our existing funding and provides some level of stability for the people who have given so much to The Appeal,” the staff adds.