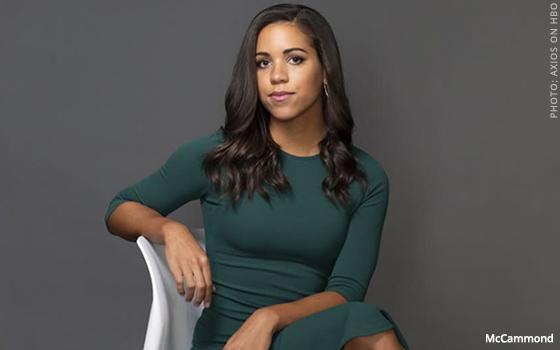 Alexi McCammond, the former Axios national political reporter, has returned to her old job. She resigned as the editor of Teen Vogue in early March, before she was set to start later that month.

Staffers condemned anti-Asian and homophobic tweets written when McCammond was a teenager.

Although she removed the tweets a few years later, Conde Nast encountered internal resistance, leading to her early dismissal. Her hire was met with surprise by many editorial vets, since McCammond did not have executive editing experience or managed staff.

“Alexi McCammond is an accomplished journalist and professional. We’re excited and proud that she is returning to Axios,” AJim VandeHei, Axios co-founder-CEO stated.

Most recently, McCammond covered Joe Biden’s presidential campaign for Axios. Previously, she worked at Bustle and joined Axios in 2017.

McCammond was also a political contributor to NBC and MSNBC, work she continued after she parted ways with Teen Vogue.

Now she will cover the 2022 midterm elections.