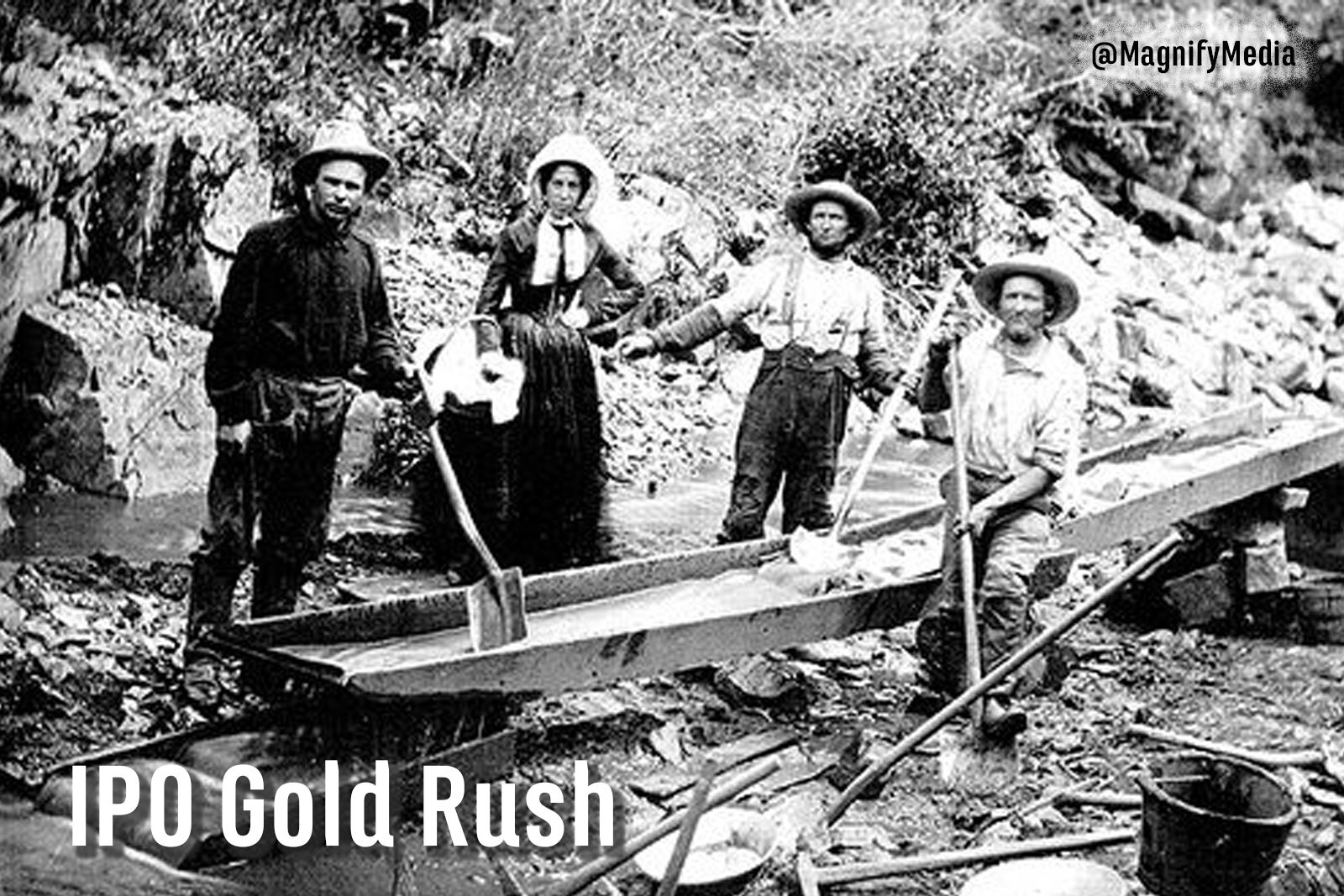 Every day, it seems, another startup is going public with breathless enthusiasm. It's an IPO gold rush -- and it's turning startups from venture-backed initiatives into companies whose fortunes are tracked by a large cadre of retail investors.

It's a long list, these IPOs of late, but here are just a few that I know well. Taboola, Kaltura, Outbrain: all in the ad-tech and video space, and all with a long history of slogging it out to build real businesses against the pressure of investors who wanted exits. That’s not unreasonable, of course. Venture capitalists put money in companies with the expectation that they'll either sell to a big acquirer (Google?) or they'll enter the public markets at a stock price that turns shareholder equity into gold. And for companies that have been around for several years, the pressure to provide returns to investors can get quite intense.

As we're seeing a dramatic increase in IPOs, the question worth asking is, are IPOs always good for startups? For founders? For customers? For employees? The answer is more complex than the current media coverage might lead you to believe.

Looking back, the IPO market has driven the growth of technology. Going back to 1980, more than 40% of IPOs have been tech companies, in raw dollars scooping up a staggering $250 billion back in 2013. In 2019 global public markets listed 263 IPOs in the tech sector, with total proceeds of $62.8 billion, according to visualcapitalist.com.

Another question comes from a study that was done at Stanford in 2012: If IPOs are the measure of success in the innovation economy, are IPOs actually good for innovation? To measure innovation, Stanford's Shai Bernstein took a look at companies' patent filings. It's one way to measure innovation, and the answer was disturbingly negative. Going public meant a 40% decline in innovation.

Why? Because after years of struggle and hardship, company innovators often cashed out -- and left. They moved on to new startups or created their own. And, public companies are judged on a quarter to quarter basis, making it hard to justify long-term research and innovation to the public markets.

The list of IPOs includes companies like Robinhood, DoorDash, Asana, Airbnb, Dun and Bradstreet, Lemonade -- but the real wins are in exits, with both VCs and founders getting big paydays.

For retail investors, the results can be far worse. In 2019, two of the largest U.S. IPOs were Uber and Lyft, but they also saw some of the poorest returns. Uber fell 33.4% from its IPO price at year-end, while Lyft was down 35.7%.

Don't get me wrong. Venture capitalists are bankers, and their limited partners aren't putting money in those funds for charity. They're betting that one of the portfolio companies will have a big exit, and that their investment will yield outsized returns.

As the big web tech companies have consolidated, leaving fewer buyers for startups, IPOs have become more important. And as pressure from Washington makes the acquisition of promising startups a dangerous dog-whistle for the likes of Amazon, Apple, Google, and Facebook, IPOs may be the only way for promising startups to grow into their next phase, with public cash and an attentive new set of shareholders.

That said, it’s a complicated trend, with real risks for both companies and shareholders. On the horizon are Instacart, Roblox, Nextdoor, and more -- and a market that seems eager to scoop up share.

How does this impact innovation now? That's a question worth keeping an eye on.