'NYT' Offers New Subscriber-Only Newsletters, Charges For Some Existing Ones 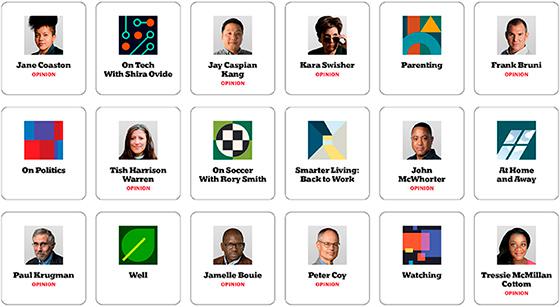 The New York Times is asking for readers to pay for several new email newsletters and some existing ones, the paper announced on Thursday.

Of the roughly 50 newsletters now published by the Times, 11 will become subscriber-only, including On Politics, Well, On Tech With Shira Ovide and Parenting.

The change will start rolling out in September, Times reporter Katie Robertson writes.

“Our suite of Opinion newsletters will explore complex issues that matter most to our readers across topics like race, economics, language, technology and more,” states Kathleen Kingsbury, editor, The New York Times Opinion. “We’ve been tirelessly discerning in choosing these new writers to join our existing columnists, who are the leading voices in their coverage areas.”

The new for-pay newsletters include these offerings from noted writers:

John McWhorter, a Columbia University linguist, on how our culture is shaped by race and language.

Kara Swisher, host of the "Sway" podcast, will track the changing power dynamics in tech and media.

Tressie McMillan Cottom, a professor at UNC Chapel Hill, will provide a sociologist’s perspective on culture, politics and the economics of our everyday lives.

Jane Coaston, host of "The Argument" podcast, will look at the biggest debates in sports, politics and history.

Nonsubscribers will still have access to dozens of free newsletters, including The Morning Book and Dealbook,Robertson reports, quoting Hardiman.

“Now that The Times has passed 8 million subscriptions, our distinct and diverse newsletter portfolio represents the start of a larger investment in adding even more differential value to our subscriber experience,” states Alex Hardiman, Chief Product Officer, The New York Times Company, said.

The Times launched its first email newsletters, including Today’s Headlines and DealBook, in 2001.