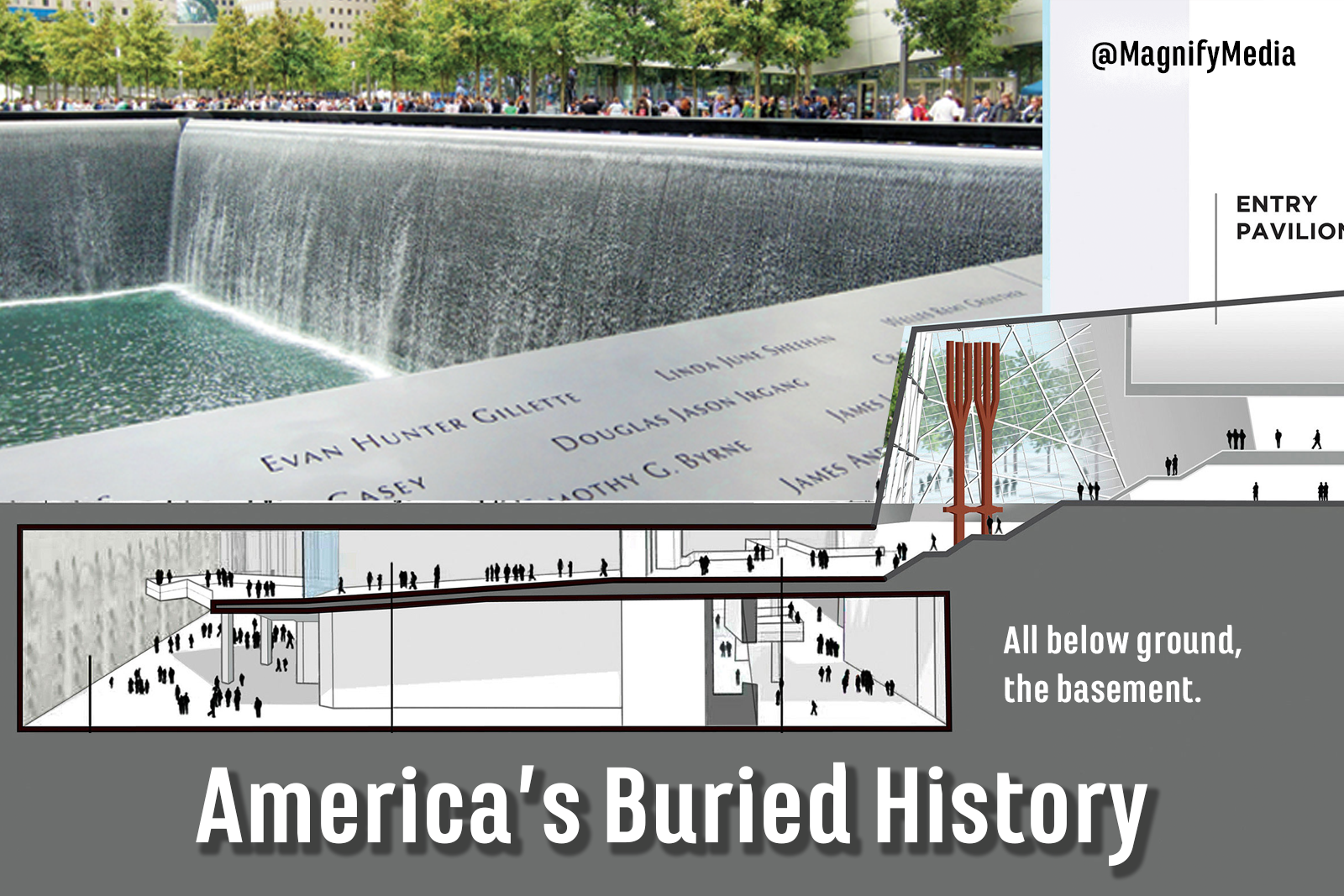 History is a funny thing. You don't get to decide where it takes place.

Pearl Harbor was an unknown Navy base before Japan attacked it. Oklahoma City was a Midwestern town with a relatively unknown federal building before Timothy McVeigh bombed it. Sandy Hook, Auschwitz-Birkenau, Chernobyl: The world is full of places that are known as dark tourism. People go to these places to gawk, to remember, to experience history. But we can't be judgmental, and we can't know whether people's interests are prurient or to seek some larger truths.

Twenty years ago, New York became one of those places. It certainly wasn't our choice, and all things being equal, New York would probably be fine with having all the memories of 9/11 in the rearview mirror.

Afghanistan, after 20 years of a terrible, bloody war, is now melting down. It's hard to understand how our federal government used the fear and anger of 9/11 to justify sending troops to Afghanistan, a place that everyone acknowledges had little to do with the attacks on the World Trade Center.

At the same time, President Biden, under pressure from 9/11 families, said this week that he would "unredact" and release the portions of the 9/11 report that were kept from public view. These portions all referred to Saudi Arabia.

The families that I've spoken to aren't buying it. Nor should they. Donald Trump said virtually the same thing in the days before previous Sept. 11s -- and then, unsurprisingly, did nothing. It's not hard to believe that Biden might do the same thing. Because sources I have that have seen the redacted material say that it is "explosive."

Let's keep in mind the Saudi government murdered a Washington Post journalist in cold blood, as much as admitted to the crime, and the federal government did nothing.

9/11 happened in New York. It is world history, American history, and it's New York City history. Historians I've spoken to say it's reasonable to expect that New York would live up to its obligation to shepherd and share the extraordinary and essential archives of 9/11.

Instead, for reasons that even the most learned scholars can't seem to explain, New York spent almost a billion dollars, dug an enormous hole, and literally buried history underground.

Originally, there was supposed to be an institution above ground, called The Freedom Center. But that idea was squashed, and a space underground that was originally supposed to be a bus parking lot was instead turned into a seven-story underground museum.

Chances are you visited the memorial pools and stood there not knowing that you were standing on the roof of the national 9/11 memorial and museum. But, based on the data, you probably didn’t go inside. Few Americans have. Instead, the institution is funded by tickets, and those tickets in large part go to tourists -- dark tourism, if you will.

The museum, as an institution, does little to facilitate historians, scholars, or students looking to use its massive and essential archive.

I know this because my wife and I are the single largest donors of archival video to the museum. We expected the museum archive would act in the manner of other museums, facilitating research and academic exploration. Instead, we found the basic tenets of our democracy are placed on hold when one enters the museum and memorial property. Around the pools, free speech is strictly limited, with the hushed tones of "sacred space" used to defend the policy. And if you ask the museum to have access to its archive, you'll be told that you need to sign an agreement first that gives the museum the right to review your work and approve it before it's published.

Twenty years ago, we were attacked. And for two decades, we've traded safety for civil rights. We've allowed the scars of 9/11 to be the basis of military actions that now everyone agrees are ending in a rapidly unfolding disaster.

It's time to bring the history of 9/11 out of its underground basement and give Americans an opportunity to engage with not just the painful stories of loss, but the little-known facts that have been hidden from view.