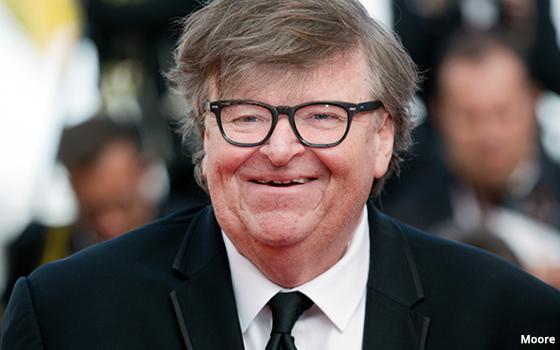 Activist Michael Moore is turned off by social media and yearns for the more personal conversation possible in email. So he has joined the list of writers who publish newsletters with Substack.

Moore, who shed a harsh light on the U.S. invasions of Afghanistan and Iraq in his 2004 film “Fahrenheit 9/11,”  was active in email and attracted almost 1 million subscribers before email faded and social media started dominating the conversation, he says.

The Substack newsletter will be free, despite the growing practice of charging for newsletters. Moore is bringing a 600,000-name email list to Substack, according to The New York Times.

Moore sees his e-letter as a place where “we can write you a poem, sing you a song, help open the only abortion clinic in your state, discombobulate the domestic insurgents, eliminate the filibuster (and the Senate barbershop), and show you our plan on how to get 76% of the world vaccinated."

Why Substack? Because it is a platform that “I and many other writers believe to be a better and easier way to send you our latest writings, rants, podcasts, videos, ideas, and recipes by way of a simple, elegant email that’s informative, subversive and entertaining,” Moore said.

Moore says he misses “the more personal and intimate discourse we could have” in email.

Readers can expect trenchant comment. “So, our empire has once again lost another war. We won our last one 76 years ago this past Sunday. At some point, don’t they relegate us out of the Premier League or sell us off to Yahoo?” Moore wrote this week.
online publishing
Next story loading