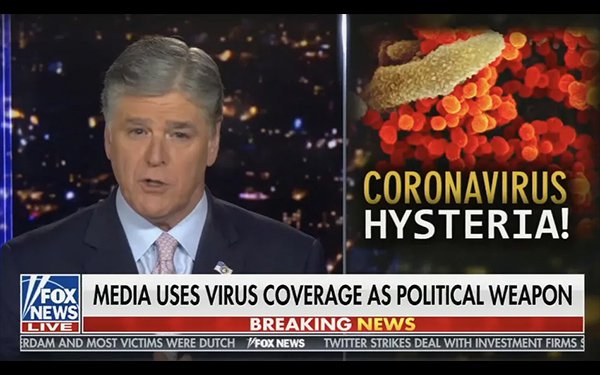 Fox News presumably put the lid on a lawsuit over its reporting — which said COVID-19 is a hoax.

Citing the First Amendment, the Court of Appeals for the State of Washington threw out a bid by the Washington League for Increased Transparency & Ethics (WASHLITE) to have a lawsuit against Fox reinstalled.

Initially, the case filed under the state’s Consumer Protection Act was dismissed. WASHLITE had sought to enjoin Fox from airing any “further misinformation about COVID-19,” and to require Fox to retract prior false statements.

However, the court reversed a minor cost award granted to Fox.

Acting Chief Judge Beth M. Andrus writes the challenged statements, “concerning a global pandemic affecting the entire country and made in the context of cable news programs watched by millions of viewers,” deserve First Amendment protections “no matter how outrageous the statements might be.”

The court rejected claims by WASHLITE that Fox had limited First Amendment protections because its programming is carried primarily by cable networks.

In addition, it states that “WASHLITE cites no authority for the proposition that false statements about threats to public health, even if recklessly made, fall within any exception to the First Amendment."

The court reversed a cost award of $134.94 denying this was a filing fee incurred by Fox, but rather that it was the charge for submitting working copies of its papers via the court’s electronic filing system.