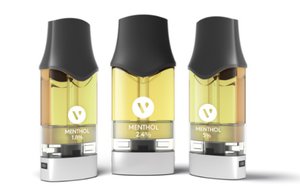 The Food and Drug Administration has ordered that more than 946,000 flavored e-cigarette products be removed from the market, but the fate of similar offerings from vape giants like Juul Labs Inc. remains up in the air.

Meanwhile, there’s been no word from Federal Trade Commission on its April 1, 2020 administrative complaint charging Juul and Altria Group Inc. with antitrust violations. An FTC administrative proceeding on the matter was held in June of this year.

Between Sept. 9 of 2020 and last Thursday’s court-ordered deadline, the FDA had received Premarket Tobacco Applications (PMTA) from about 500 companies for some 6.5 million electronic nicotine delivery system (ENDS) products.

The FDA says it managed to take action on 93% of the applications submitted by the September 2020 deadline.

The agency’s Marketing Denial Orders against nearly one million flavored products were based on a lack of evidence that they “have a benefit to adult smokers sufficient to overcome the public health threat posed by the well-documented, alarming levels of youth use of such products.”

Flavored ENDS products are “extremely popular among youth, with over 80% of e-cigarette users ages 12 through 17 using them,” the FDA said in a statement last week.

Among the flavors rejected were Apple Crumble, Dr. Cola and Cinnamon Toast Cereal.

In response to public and regulatory backlash, in the fall of 2019, Juul voluntarily suspended sales of its fruit-flavored pods until the FDA rules on the company’s PMTA application for tobacco- and menthol-flavored refill pods—which remain on the market.

“We respect the central role of the FDA and the required thorough science- and evidence-based review of our applications,” Juul told The Wall Street Journal last week.  “We remain committed to transitioning adult smokers away from combustible cigarettes while combating underage use.”

According to Nielsen data published by Cowen and Company, Juul and British American Tobacco dominate the U.S. e-cigarette market with shares of 42% and 31%, respectively.

Also awaiting word from the FDA is Reynolds American Inc., a subsidiary of British American Tobacco.  On Sept. 4 of 2020, Reynolds said that it had submitted a group of PMTAs for its Vuse Alto products—including Mixed Berry pods.

The American Vapor Manufacturers organization has already called out regulators for the impact bans will have on independent vape shops to the benefit of the market’s biggest players.

At the AVM’s behest, Arizona Congresswoman Debbie Lesko and Florida Congressman Matt Gaetz wrote to the FDA last fall about the financial impact of PMTA filings on small businesses, which presumably depend more on smaller brands affected by the FDA rulings.

“Unlike the large tobacco companies, nearly 14,000 small vape shops are in danger of going out of business if the FDA does not delay or make adjustments to their PMTA guidelines,” wrote Lesko and Gaetz.

As previously reported, in June Juul agreed to pay the state of North Carolina $40 million for allegedly targeting youths for its tobacco vaping products.

The settlement came a week after the completion of the FTC’s antitrust trial in which it alleges that Juul and Altria—which holds a 35% stake in Juul—conspired to eliminate competition in the e-cigarette space after Altria’s 2018 investment in Juul.

Marketing Daily reached out to the FTC for an update on the case but had not heard back by deadline.