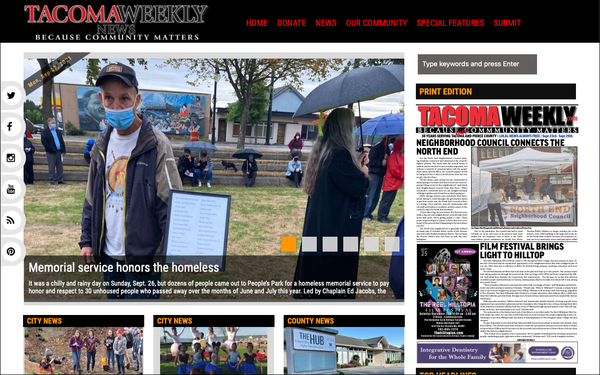 The Tacoma Weekly, a small Washington newspaper, has been hit with a $15,000 fine for allegedly peddling coverage and endorsement of political candidates as part of an $2,500 ad package.

Washington state law prohibits news outlets from selling “an endorsement, article or other communication in the news media promoting or opposing a candidate,” Seattle-area publication Crosscuts reports. The agency that levied the fine — Washington’s Public Disclosure Commission — says such actions can erode trust in journalism and politics.

Two candidates allegedly bought the ad package, believing they were purchasing a cover story as part of the deal, and the stories that ran failed to disclose they were ads bought by the candidates, according to Crosscuts. But the newspaper denies it ever ran a story for money.

The Tacoma Weekly informed Kim Bradford, deputy director of the commission, that “an uncorrected version of our sales promotion flyer was attached to email sent to select candidates,” the paper said in an initial response to the charges. “We corrected our mistake immediately and re-sent our email to these candidates.”

In an additional response, the weekly claimed it is “caught in a dispute between political parties and that we are a victim of this.  An unfortunate fact in these times is that political advertising and political contests have become vicious.”

The response continued: “With the fear of future fines, we will no longer write candidate profiles or accept advertising from candidates in any form. A small company such as ours cannot afford to take a large financial hit such as this fine.”

The Tacoma Weekly had not responded to a request for comment at deadline.