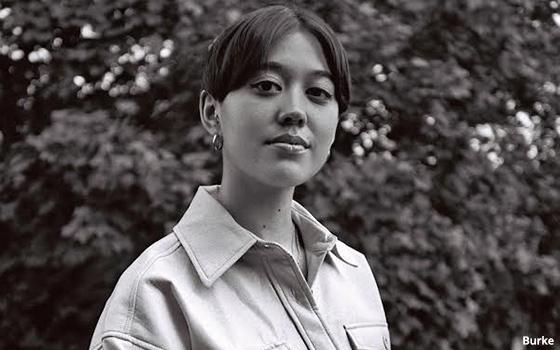 Condé Nast today named Sarah Burke as editor-in-chief of them, the community platform chronicling pop culture, style, politics and news through the lens of the LGBTQ community.

Previously, Burke was at Vice, where she oversaw the production of Vice World News' documentary series "Transnational," which highlights issues around transgender rights globally.

As editor-in-chief of them, Burke will spearhead content creation across the digital, video and social channels. Her appointment is effective October 11. “LGBTQ people have always been at the forefront of cultural trends and social change,” Burke stated. “I couldn’t be more honored to lead them in telling those incredibly important stories of activism and ingenuity, and to bring them
onto new platforms.”

Them was launched in 2017 by Phillip Picardi, then the director of Teen Vogue and a former editor of Out.

Burke joined Vice in 2017 as an editor for Broadly and went on to manage staff on Vice’s Issues desk, where she helped shape identity-focused editorial strategy. In 2019, she became special-projects editor on the features desk, and helped develop multimedia collaboration across departments and lead multi-format projects, including Climate Uprise, a human-centered look at the effects of climate change around the world.

Anna Wintour, global editorial director of Vogue, and Chief Content Officer at Condé Nast, said of the hire: “[Sarah's] background reporting on LGBTQ issues, race, gender and identity, coupled with her experience leading teams across platforms at Vice, made her a natural choice for this role. I look forward to watching the brand continue to grow its community and reach new audiences under her leadership.”

In September 2021, unique views for them were up 43.3% and time spent was up 12.7%, compared to the same period last year. In addition, the title has built a social following of more than 1.1 million followers across all platforms.