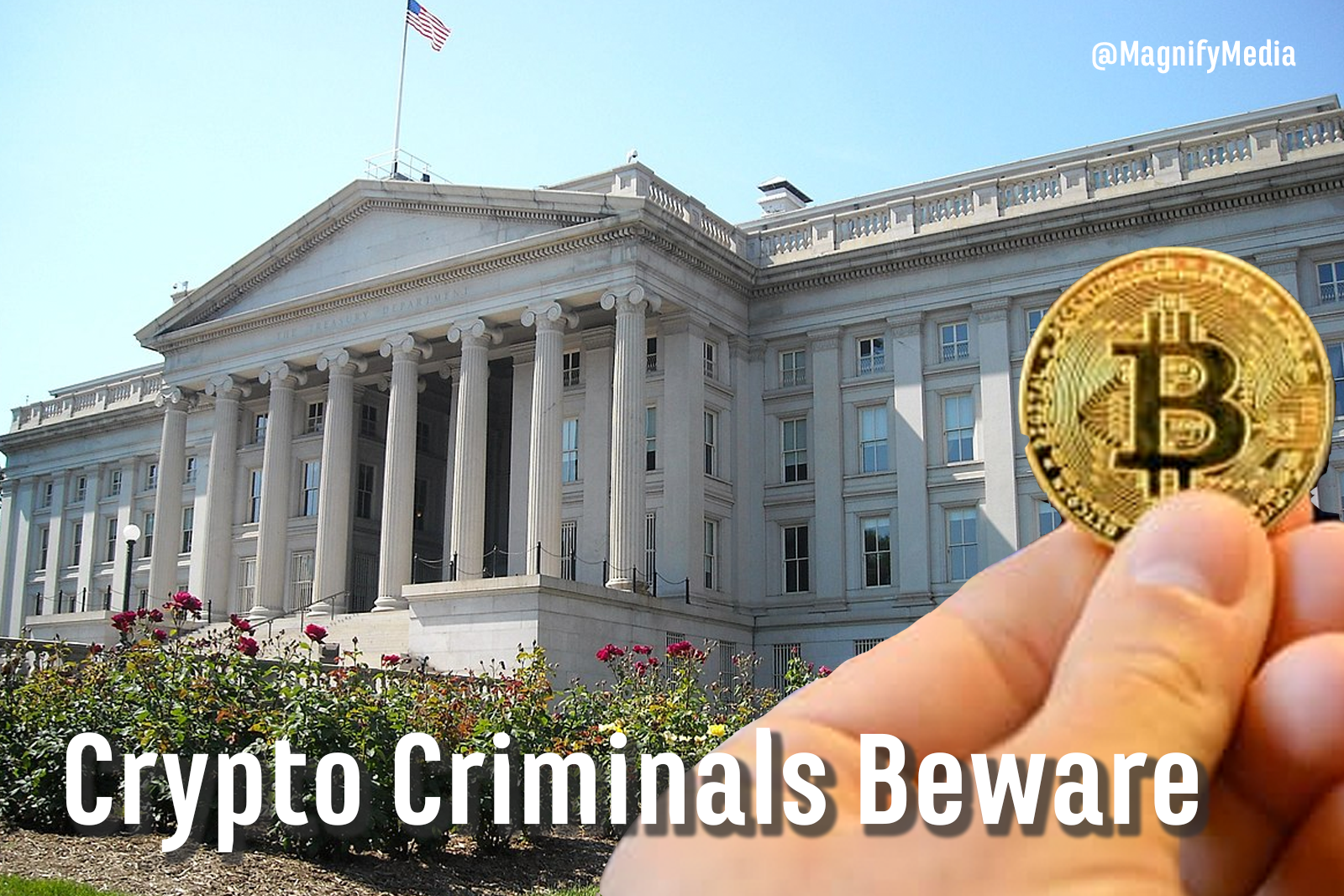 There's no doubt that cryptocurrency -- a digital form of money -- is a powerful driver in the emerging world of digital finance. It's also very much the Wild West.

Because transactions are controlled by the public, users and their digital finances are more protected. But that has invited bad actors to build a criminal enterprise on the new platforms.

In May 2017, a global ransomware attack by WannaCry infected 7000 computers in the first hour, which forced the loss of control over industrial processes at such major companies as car giants Renault and Honda. One month later, a new ransomware outbreak hit banks, airports and power companies, causing almost $10 million in damage to businesses.

This year, ransomware gangs have targeted U.S. companies in large-scale hacks, including pipeline operator Colonial Pipeline -- which created flue shortages and a run on gas stations.

Anne Neuberger, deputy national security advisor for cyber and emerging technology in the Biden Administration, told reporters that in 2020 ransomware payments reached over $400 million, more than four times the level in 2019.

Now the Biden administration is putting in place new enforcement operations to get the root of the ransomware attacks: the cyber currency that acts as the payment processing arm of the criminal cyber attackers.

The sanctions were levied against Suex OTC., S.R.O., which the Treasury Department charged was facilitating transactions involving at least eight ransomware variants, as the cyber "bank" for illicit proceeds from the attacks. It's the first such move against a virtual currency exchange over ransomware activity, but it won't be the last.

"Exchanges like Suex are critical to attackers' ability to extract profits from ransomware attackers," Treasury Deputy Secretary Wally Adeyemo said. The action "is a signal of our intention to expose and disrupt the illicit infrastructure using these attacks."

The charges come after the Treasury department reviewed Suex transactions and reported that almost half of them involved criminal activity. The sanctions block Suex's access to all U.S. property and prohibit Americans from transacting with the company.

To lead future investigations, the Biden administration formed NCET, the national cryptocurrency enforcement team, to investigate and prosecute criminal misuses of cryptocurrency. The Justice Department unit will focus on "crimes committed by virtual currency exchanges, mixing and tumbling services, and money laundering infrastructure actors," the DOJ. said in a statement.

Critics of cryptocurrencies have often noted that digital coins are the payment method of choice among criminals such as drug dealers and ransomware hackers because the coins are untraceable. The formation of the NCET is the White House's latest effort to crack down on such cyberattacks and attempt to wrangle the rapidly growing crypto market under federal regulation.

The U.S. isn't the only country dealing with rogue crypto criminals. China has banned crypto currencies, leading some crypto leaders to worry that the U.S. might follow suit. But Security and Exchange Commission Chair Gary Gensler made it clear that the U.S. won't follow China's lead and ban digital tokens. "Our approach is really quite different," Gensler said. Gensler is in alignment with Fed Chairman Jerome Powell, who calmed some nerves at a recent congressional hearing by saying that he had "no intention" of banning cryptocurrencies.

There is no doubt that crypto is a globe-changing technology, and setting new rules and enforcement to make it harder for criminals to use crypto only enhances the positive public good that the emerging digital currency fosters. The original cryptocurrency, bitcoin, was founded in 2009, so it's worth remembering that this fast-growing space is just a bit more than ten years old, with lots of bumps and risks in the years ahead.