Reflections On The Death Of Hershel Sarbin, Industry Icon, Boss And Mentor 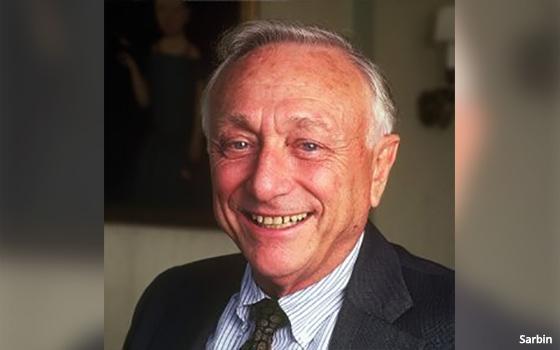 The media industry learned last night that Hershel Sarbin passed away at 96. I know little about the circumstances. What I do know is the news triggered a spontaneous outpouring of social-media reflections and reminisces from former colleagues whose careers intersected with his.

Hershel was a Harvard-educated lawyer and U.S. Army veteran, but he might be best known as the former president-COO of Ziff-Davis Publishing Company. Most of us know him from his tenure as CEO at Cowles Business Media in the early 1990s. At Cowles, Hershel took over a company that had grown rapidly in the prior decade. My magazine, Folio:, served as the flagship. But the company also included Catalog Age, Direct, Inside Media, Directory World and others.

Hershel was a dynamo. He had an entrepreneurial mindset, always pushing for new business initiatives and spinoff brands. He wasn’t a tall man, but I remember his long strides across the office, which reflected a sort of “not-a-minute-to-lose” urgency. I also remember the rigor he brought to business conversations, a rigor he required of his subordinates, even down to mid-level editors like me. But he tempered it with kindness and humor.

He also created an early fax newsletter, Folio: First Day, and recruited Keith Kelly as the editor. Kelly went on to pursue a career as one of the best journalists ever to cover the magazine-industry beat.

That’s one example of how Hershel was good at recognizing talent. I marvel at the industry-wide stature and staying power of a half-dozen of the executives who served in that small company during those years, now a quarter-century ago.

Peter Goldstone was an associate publisher at Folio:, but has been CEO at Hanley Wood and president at GovExec Media, among other stops. Dan McCarthy was a vice president under Hershel, and subsequently served as CEO of Primedia Enthusiast Media, Themestream.com, Taunton Press, Dodge Data and others. Carl Pugh ran the show division. Earlier, Carl founded Photo District News, and later he went on to run the Internet World events for Mecklermedia in the first go-go years of the Internet. Doug Manoni was the CFO at Cowles, and later served as CEO of Wicks Business Information, Source Media, and CyberRisk Alliance.

All those people are widely recognized as media-industry leaders. There were lots more — Roberta Thomas, Pat Pagano, Renee Jordan, Anne Russell, Jeff Reinhardt, Ray Schultz, Steve Ellwanger, and many others — all from the same company that Hershel Sarbin ran.

Later, Hershel served as senior director of Peppers & Rogers Group, where he managed the Chief Marketer and 1to1 brands. Later still, he was an advisor for what was then a three-person startup founded by Kerry Smith, Red 7 Media. I was responsible for a startup media brand, M10, which stood for magazines to the power of 10, a name conceived by Hershel.

I’m a pretty good writer and journalist, but I smile now remembering how tough Hershel was when he read my drafts. He even mentioned once that his wife told him to dial it back. I never minded — and in retrospect, he was right. I still use the phrases he came up with, and they’re just as powerful now as they were nearly 20 years ago.

Hershel Sarbin's legacy will reverberate for generations to come.