My Dog's Right To Poop In Public 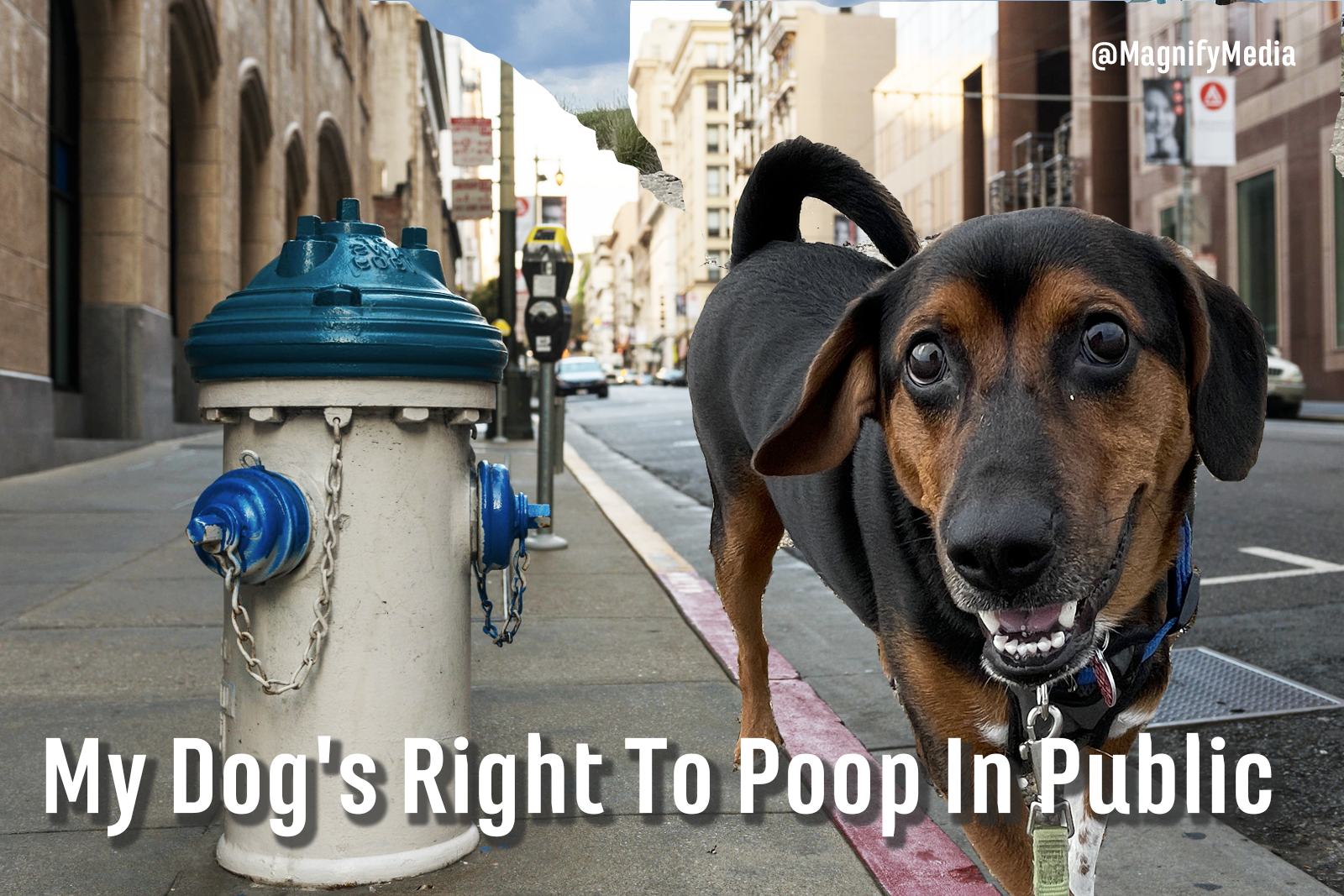 The year was 1971. New York was then home to 500,000 dogs. At least once a day, and often twice, each dog would take their owner out for a walk. Then, once outside, they would find a spot to their liking and take a poo.

The city sidewalks were awash in dog shit. It wasn't pleasant. Twenty-five tons of dog shit a day made a pleasant walk in the city a minefield of excrement, not to mention the related smell.

Something had to be done. New York Mayors John Lindsay and then Abraham Beame each proposed what would be the first in the nation’s “pooper-scooper” law.

New Yorkers quickly took sides. Looking back, it seems there was no shortage of issues hotly debated. The problem might stink, but the solutions weren't simple.

One proposal argued that dogs should only go on paper in their owners' bathrooms and never go on public property.

Another proposal wanted the city to hire special workers to patrol the streets and clean up dog feces. With a budget estimate of over a million dollars, that was a nonstarter for the cash-strapped city.

Perhaps the most idealist, if implausible, idea was for the city to hire dog trainers and train dogs to go over city sewer drains, which the Department of Sanitation would flush out twice a day.

When some owners complained that they didn't want to stand over the open grates, the plan was modified to offer paper to non-compliant dog owners, who were asked to have their dogs poop on the paper, and then drop the waste down the sewer. A pilot program was canceled due to budget constraints.

This battle went on, and dogs continued to have their poop litter the city sidewalks for SEVEN YEARS… until then-Mayor-elect Ed Koch took on the issue. But by 1977, his pooper-scooper law seemed to have hit a dead end. "City politicians shied away from it because elected leaders were threatened by dog-owning groups that if they supported this, they shouldn't bother seeking re-election," wrote Michael Brandow, author of the book “New York's Poop Scoop Law: Dogs, the Dirt, and Due Process.”

The ASPCA fought the law. The NY City Council shelved the law twice, fearing a groundswell of opposition from constituents. The mayor, in a bold move, took his law to Albany, where a state law was proposed.

Presumably since most upstate constituents had backyards, the law was passed. On Aug. 1, 1978, New York City's Canine Waste Law took effect, requiring dog owners to pick up after their pets.

My point: The balance of civic good and individual rights is often a battle that isn't easily legislated. I have two dogs, and I do my civic duty and pick up their poop.

So, what's changed in the last 43 years? Many things, of course -- but when it comes to the complicated battle between individual rights and the needs of civil society, there's one significant change that shifts the balance of power.

Today, a small number of outraged citizens are fighting to limit public health legislation, claiming their civil rights are being violated. In small towns and big cities, the battle over masking up and vaccine mandates are in many ways no different than the fight to block the pooper-scooper law.

Certainly, we each have our right to free speech. But what wasn't anticipated was that platforms would amplify the most extreme and objectionable speech, giving outliers a powerful megaphone that creates a false sense they're part of a large group of like-minded individuals. Add on top of that all of the sock puppets and Russian trolls that impersonate issue-activated voters.

Would Facebook be working to take down fake "My Dog, My Poop" rights groups created in a Russian troll farm? That seems likely.

Forty years later, New York's messy political process has resulted in agreed-upon civic norms that have spread worldwide. If you doubt me, try just once going out without a poop bag and not being able to clean up for your pup. Someone will either offer you a bag as a neighborly courtesy, or scowl at you if you try to leave the poop unattended.

Masks, vaccines, public health versus personal “freedom”? When it's a matter of life and death, the answers seem unambiguous. Enjoy walking on a poop-free sidewalk, and then consider the urgent need for civil behavior in a world of health landmines.