'The Atlantic' Continues With Rapid Expansion of Newsletter Brand Extensions 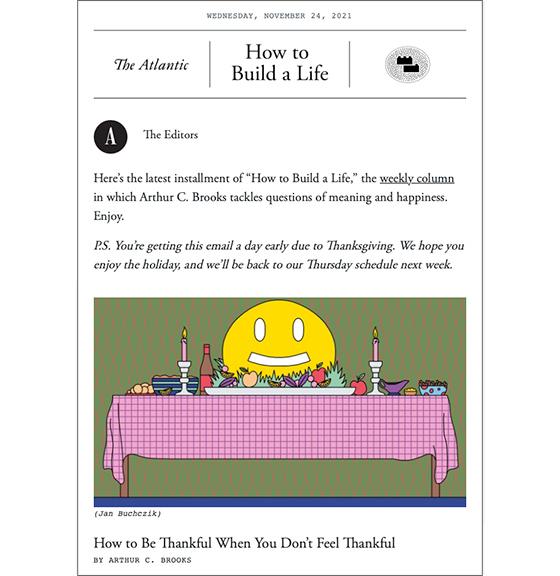 Continuing with the publishing industry’s new and intensifying focus on email newsletters, The Atlantic last week announced the rollout of five new newsletters and alerts described as its “exploding suite of free and subscriber newsletters.”

The newsletters, helmed by staff writer Derek Thompson, cover a range of topics, from mysteries in the news and timely public debates, to the words that power crossword puzzles.

There are two alerts: “One Story to Read Today,” which every afternoon sends readers a single relevant Atlantic story that’s especially noteworthy, and “How to Build a Life,” which every Thursday elaborates on Arthur C. Brooks’ columns on happiness.

Thompson will produce the newsletter on mysteries in the news. Staff writer Conor Friedersdorf will head up the discussion of the most intriguing and timely public debates, while crossword editor Caleb Madison will write about words in puzzles.

“Conor and Derek are two of our strongest, most interesting writers,” said Jeffrey Goldberg, The Atlantic’s editor in chief. “I’m very happy they’ll be sharing their thoughts, observations, idiosyncrasies and obsessions with our readers in a format that almost seems designed for them.”

These five new newsletters join an already existing stable of seven free newsletters available to all readers, regardless of a subscription.