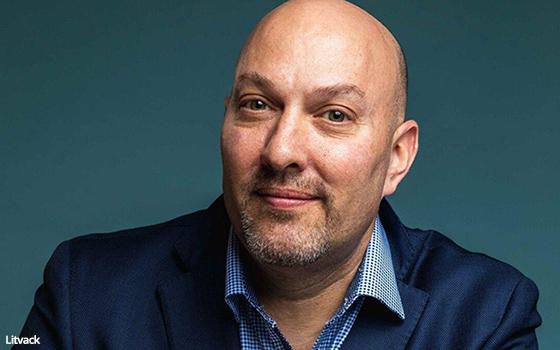 Litvack, who most recently was CEO of Adweek, succeeds Greg Osberg, who has served as CEO since the company's founding in July 2019, after the selloff of F+W Media.
Litvack has led several digital transformations at iconic publishing brands. In addition to Adweek, where he oversaw five years of consistent double-digit annual growth and the launch of 40 new products, he's been acting CEO of Robb Report, a group president at ALM, and a general manager at the Associated Press.
"I’m excited at the opportunity to work with the Golden Peak team,” Litvack said in a press statement. “The company has an employee base who are experts in their fields, a large base of dedicated customers who are passionate about their crafts, and a rich library of content. We will build on a long legacy of excellence in print with new digital products, event offerings and membership models.”

Golden Peak Chairman Terry O’Toole said: “Jeff has the vision, experience and drive to lead us in the next exciting phase of our growth. I also want to thank Greg for being a great partner in launching Golden Peak and look forward to his continued support as an advisor to the company.”

Osberg noted of Litvak: “His deep experience and successful track record in digital media will bring both immediate and long-term dividends to the company and staff.”
Golden Peak was formed when it acquired the crafts and arts assets of F+W. Osberg had been the CEO of F+W for a year before the sale. The company is backed by Macanta Investments, of which O'Toole is the principal. Macanta was also an investor in F+W.

The company, based in Golden, Colorado, publishes 15 magazines, including Love of Quilting and Artists Magazine. It has more than 5,000 digital videos and 15,000 digital patterns.