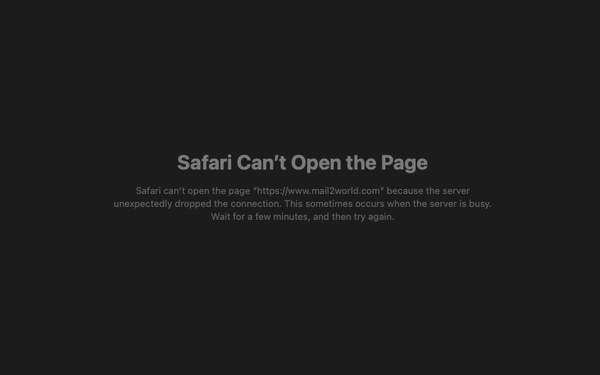 Email hosting service Mail2World has been suffering an outage due to a ransomware attack on its server.

The company acknowledged the outage in tweets on Friday, saying it is working on the problem and apologizing for the incident. The extent of the out was not clear at deadline, but it appears to be a major network outage.

One North Dakota client, SRT Communications, says service has been down since Wednesday, but adds that no customer data has been compromised, according to KX (CBS) News.

“The ransomware attack is on Mail2World’s server that controls distribution of email, not on SRT directly,” says SRT CEO and General Manager Cassidy Hjelmstad, according to KX News.

Hjelmstad adds, “We know this is a highly sensitive issue and we will continue to ask questions of our email provider.”

MediaPost has reached out to Mail2World, but had not heard back at deadline.

Based in Los Angeles, Mail2World was founded in 2000 and claims on its site to host 2.1 million domains while managing over 10 billion email messages per month.