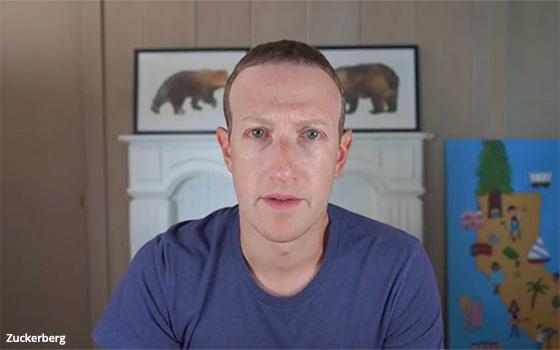 Dozens of religious leaders are urging Meta CEO Mark Zuckerberg to permanently nix plans for a children's version of Instagram.

“Be it Sabbath, silence, yoga, meditation, or prayer, these moments of reflection offer us a path to something deeper, serving as our foundation for love of a higher power and love of neighbor. Social media -- with its intentionally addictive algorithms, incessant communication systems, and mass commodification of attention -- explicitly counteracts these values,” more than 75 religious leaders from 20 faiths and denominations say in a letter to Zuckerberg.

The company recently suspended plans to develop Instagram for children under the age fo 13, but characterized that suspension as a “pause.”

The religious leaders who signed the letter to Zuckerberg urge him to “make this 'pause' permanent and definitively end Instagram Kids.”

They claim that social media use “undermines the sort of unitive consciousness and empathetic understanding that spiritual paths promote.”

It's not clear whether the company still plans to move forward with a version of the photo-centric service for teens.

When Instagram head Adam Mosseri announced the suspension last September, he said the “pause” would give the company time “to work with parents, experts, policymakers and regulators, to listen to their concerns, and to demonstrate the value and importance of this project for younger teens online today.”

Mosseri's announcement came shortly after reports surfaced that internal research showed that the service is harmful for a “sizable percentage” of young users -- especially teen girls.

One company research slide that was part of a March 2020 presentation said, “Thirty-two percent of teen girls said that when they felt bad about their bodies, Instagram made them feel worse,” according to The Wall Street Journal.

Mosseri said last year that he disagrees with how the Journal reported on the research.