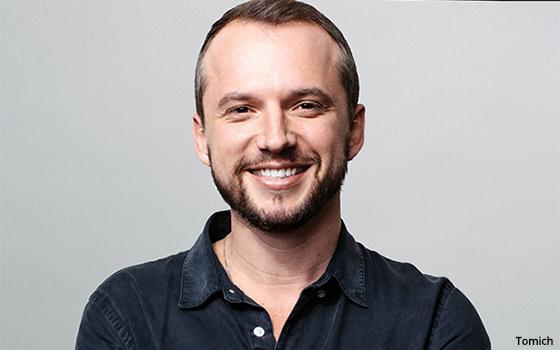 In his new role, Tomich will lead a team at The Athletic to build and expand on non-subscriber revenue opportunities including advertising, IP development, licensing and partnerships, the company said in a press statement. He’ll report to Adam Hansmann, chief operating officer and co-president at The Athletic.

Howard will report to president and chief executive officer Meredith Kopit Levien and oversee the Times’ global advertising business. “Lisa is a strong leader of people and teams who has worked tirelessly to ensure success as The Times transformed its ad business through a highly dynamic period in the market,” the statement said.

Kopit Levien said the plan is to build an Athletic ad business similar to the one at the Times. “Seb has the specific skill set and track record to make this happen,” she said. “We’re also excited to have his creative talent and energy applied to building a robust strategy and practice in developing IP, new franchises and partnerships and licensing opportunities. That approach harnesses our subscription-first company strategy to connect marketers to our brand and audience through premium ad experiences, privacy-forward data products, and one of a kind partnerships."

Tomich joined The Times Company in 2013. Before that, he held a number of positions at Forbes Media.

Howard joined the Times in 2016 after a long run at Condé Nast and leadership roles at Billboard, Yahoo, and WebMD.

“Sara brings deep experience with how independent reporting can be a force for good in the world, and an obsession with getting more people to engage with high-quality journalism to her work,” Merida said. “We’ll look to Sara to help us both elevate the traditional journalism on which the L.A. Times has built its prize-winning foundation and to pilot new forms of storytelling as a regular practice in our news coverage.”

Yasin is currently managing editor of BuzzFeed News, where she has been instrumental in building new audiences and working to widen story consumption across all platforms. During her tenure,  BuzzFeed News won its first Pulitzer Prize, in international reporting for series on China’s mass detention of Muslims, in 2021.

Yasin will be joining managing editors Shani Hilton and Scott Kraft at the Times. In addition to the daily news operation, Yasin will oversee the photo, data and graphics teams.