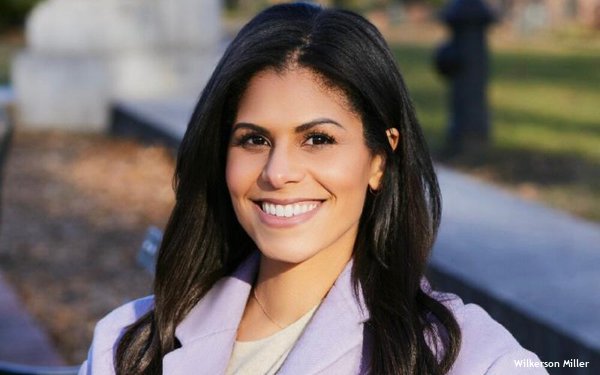 In her new post, Wilkerson Miller will be responsible for developing and creating content across all platforms, including digital, video and social. She’ll report to Anna Wintour, the corporate chief content officer and global editorial director of Vogue. Wilkerson Miller’s appointment is effective May 23.

"Her passion for bringing informative and inclusive health and wellness content to all audiences, coupled with her experience writing and editing across platforms, makes Rachel a natural fit for this role," stated Wintour.

Before joining Vox in 2021, Wilkerson Miller spent two years as deputy editor of VICE.com, where she oversaw content production for the Life desk and managed digital tentpoles, in addition to writing service content, for a diverse audience on a variety of interpersonal topics.

Prior to that, she spent nearly five years at BuzzFeed in a variety of roles.

“The past two years have made it clear that people need accurate, inclusive, and practical information about health and wellness,” Wilkerson Miller said. “At a time when folks are dealing with several concurrent and intertwined crises — the pandemic, climate change, racial injustice, ongoing threats to bodily autonomy, and widespread disinformation — health journalists have an important role to play. Self is well-equipped to be a source of clarity and motivation in this moment.”

Self eliminated its print edition in 2016 and went digital only.

In reading about this promotion I got to thinking about the vagaries of being a high-profile editor at a high-profile magazine brand. Self for sure was one of the great brands of the magazine industry’s final golden era, a time that stretched from the 70s through to the end of the 2000s (though the cracks began emerging earlier, perhaps after the collapse of vaunted dot-com boom of the late nineties and into 2001).

Anyway, we’re left with what we have, which in many ways is still plenty. But on the same day Wilkerson Miller’s new post was announced, the New York Post ran an incendiary story about chaos at People Magazine, once the king of the cash cows, a brand that exceeded $1 billion in annual revenue by itself. By virtue of its cash generation and dominance of the celebrity-magazine category, People became the flagship of Time Inc., one of the greatest media companies in American history.

Time Inc. is no more, having sold itself off to Meredith Corp. in 2017. Meredith, in turn, sold its magazines, including People, last year to Interactive Corp.’s Dotdash portfolio of digital media brands. Dotdash eliminated the print editions for six titles almost immediately, and the Post’s story suggested People might be next.

The new editor of People is the renowned Liz Vaccariello, previously the top editor at some of the leading magazines of the last 60 years, including Reader’s Digest, Prevention, Parents and Real Simple.

It’s always been true that high-profile editors face “knives-out” kinds of stories, usually from anonymous sources. Now they’re coming for People, the grandest magazine of them all.