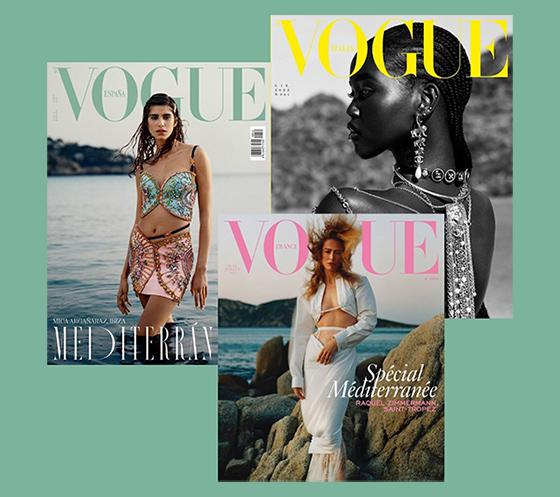 Condé Nast has debuted what it calls the first collaboration between Vogue France, Spain and Italy, reflecting a new creative integration between the titles and countries.

Each of the three magazines will feature an edition with its own cover and perspectives, but with a shared vision of summer, in its June-July issue.

In addition, each issue will feature a guide to resorts, art galleries and restaurants in different Mediterranean locals.

They will also include an interview with designer Simon Porte Jacquemus.

Last year, Condé Nast announced an editorial reorganization of its titles in Europe in an effort to build unified global brands.

Among other changes, VogueParis was renamed VogueFrance in an effort to reflect creative, art and fashion throughout the country.

The new heads of content were to report to reports to Condé Nast’s Chief Content Officer Anna Wintour and Enninful.