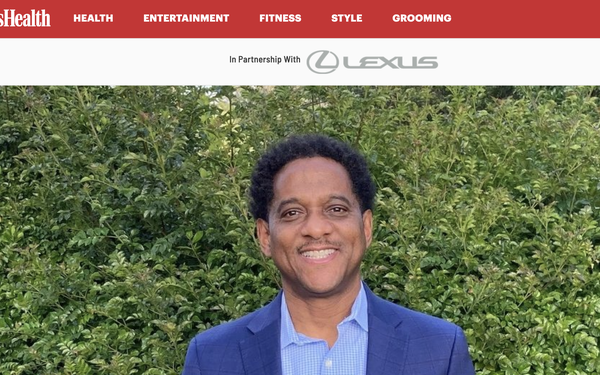 "Future Rising" is part of a storytelling initiative celebrating the impact of Black culture on American life.

An earlier iteration called "Lift Every Voice" was a collection of interviews with the oldest generation of Black Americans about their lives and the collective wisdom they can offer the country.

Lexus is the exclusive sponsor for the program.

The series began on Monday, and includes interviews with "Abbott Elementary" star Sheryl Lee Ralph; Jessica Watkins, the first Black woman to live at the International Space Station; Mickey Guyton, who went down in history as the first Black woman to earn a Grammy nomination in a country category; and architect Nina Cooke John, whose new endeavor is the Harriet Tubman Monument in Newark, New Jersey, set to open to the public this summer.

Esquire: Blackstock & Weber's Chris Echevarria Brings Us Into His World

The loafer maestro—and, if he has anything to say about it, the next big thing in American fashion—takes us along for a ride.

Tired of seeing too many people in his community die too soon, this New York City native is building trust and making healthcare research more inclusive.

In this popular podcast and YouTube show, Aaron and Joshua Potts take hold of the narrative of track and field, to diversify and elevate running for all athletes.<