GroupM To Publish Industry Standard For Media Decarbonization, Plans To Make Buys Based On It 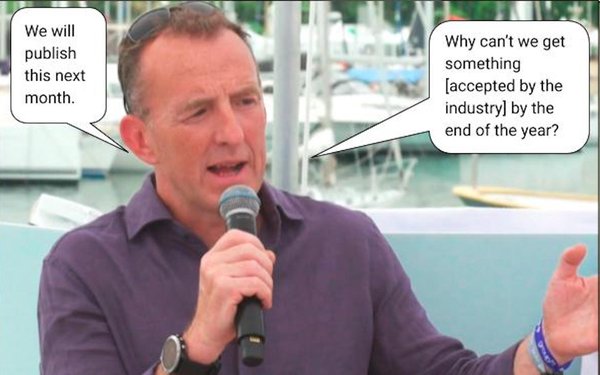 GroupM within the next month will publish findings of a one year analysis of various methods currently used by the ad industry for calculating the impact media has on carbon emission and plans for it to become an industry standard by the end of the year.

“Lets get a version that we can have working by the end of the year and then continually improve that,” Ollie Joyce, Global Chief Transformation Officer at Mindshare and executive director of GroupM’s “Media Decarbonization Program,” said during a panel sponsored by OpenX at the Cannes Lions Festival Tuesday.

While Joyce did not disclose the nature of GroupM’s findings, he described the ad industry’s current media decarbonization efforts as a “calculator arms race where everyone is developing different tools and they’re coming up with broad estimates.”

Joyce acknowledged that, while well-intentioned, the Babel-like nature of individual company standards is preventing “massive change across the industry. So that’s what we’ve been trying to solve for.”

Joyce went on to cite an example of two different media carbon emissions calculators yielding different results by a multiple of six times, adding, “The reality is no one has defined exactly what we’re including with the supply chain.

He said there are three essential elements of the solution GroupM has developed that break down the “value chain for all the different media channels,” and said GroupM will be proposing a “cradle to gate methodology in terms of how you define the boundaries for media supply chains.”

He said the method will “dramatically expand the amount of carbon that is captured within the calculations.”

Joyce said standardizing industry definitions is essential, because big media companies – especially the big digital media platforms “are not going to agree to lots and lots of hundreds of different data requests.

“If we can standardize that and say, ‘Okay, there’s 12 to 15 key sets of data, which we want you to publish on a regular basis,’ then that actually gives us the standardized visibility we need.”

Joyce implied the release of GroupM’s findings would lead to a “completely transparent calculation methodology.”

He said that once there is public visibility and accountability for industry standard definitions of media supply chain carbon footprints, advertisers and agencies can utilize it in their media-buying systems.

“We can start to proactively move investment money around to lower carbon options,” he predicted. “That’s what we believe will happen and that’s what we’re seeing growing demand from clients.”

Joyce noted that GroupM’s own commitment is for a 50% reduction of carbon emissions in its media buys, emphasizing, “It’s not an offset, it’s a 50% absolute reduction.”

He said there already is anecdotal evidence that “those figures are possible, but we just want to be able to enable it across the whole industry.”

Joyce said GroupM plans to give its research away for free, “because the only way this works us is if it is standardized and it is broadly adopted.”