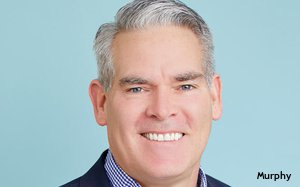 BPA Worldwide, the audit agency and assurance provider for media, events and technology companies, on Tuesday named Richard Murphy president and CEO. Murphy succeeds Glenn Hansen, who’d been in the post since 1999.

Murphy becomes just the third leader for BPA in 28 years, an indication of remarkable stability for an organization that primarily serves what used to be known as the magazine industry. In those same 28 years, a span that predates the emergence of the commercial internet, both B2B and consumer magazines have seen enormous and near-constant upheaval.

The industry moved from a print-magazine model to a primarily digital model. It shifted away from advertising as the primary revenue source, at least in most cases. It was roiled by disruptions in distribution, privacy issues, data and much more.

Through all those years, BPA also evolved, but as an organization its leadership structure remained mostly intact.

Murphy joined BPA in 1992. Most recently he was executive vice president at the organization, where he led global operations and was instrumental in launching BPA's iCompli Technology Assurance division. In his 30 years, he’s held a succession of management and executive positions in New York, Toronto, Chicago, and Shelton, Connecticut.

Hansen has announced his intent to retire in June 2023. In the interim, he will serve as an executive strategic advisor focusing on BPA iCompli Sustainability and Event Audit practices.

BPA Worldwide Board Chairman David Adelman praised both Hansen and Murphy. “Richard Murphy's track record of customer focus, product development, and unreproachable auditing integrity made him the unanimous choice to lead BPA,” he said. “A testament to Glenn Hansen’s strong leadership was his ability to position Richard as a worthy successor.”

Murphy, for his part, said his focus is on growing BPA Media membership through product and service development, expanding BPA’s iCompli Technology unit to meet the needs of the digital advertising ecosystem, and optimizing BPA Media Exchange, the organization’s programmatic advertising cooperative.

“The media environment is in a state of accelerated change,” he said. “The need for verified, validated, and trusted partners has never been more important. BPA is investing in the people, technology, and solutions to elevate trust in the industry.”