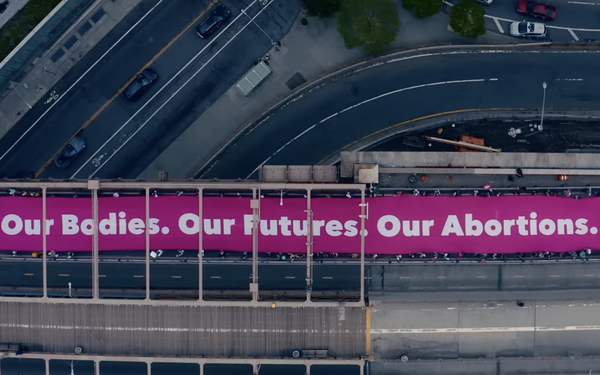 In the wake of the Supreme Court’s decision last week to overturn Roe v. Wade, Planned Parenthood has rolled out an ad to rally Americans to its cause.

The 60-second ad, via Virtue, starts with a woman shown in dark lighting as a voiceover explains, “They’ve stolen our right to control our own bodies, but we’re built for this. We don’t standby. We walk into the storm and turn its raw force into something transformative.”

The images of the ad switch from the lone woman to a crowd marching down the street and across a bridge. The women then clasp hands as they march, and the narration concludes, “Together we are a force of nature.”

The ad ends with a link to Bans Off Our Bodies, which includes information on “events near you” and has buttons to contribute and get involved.