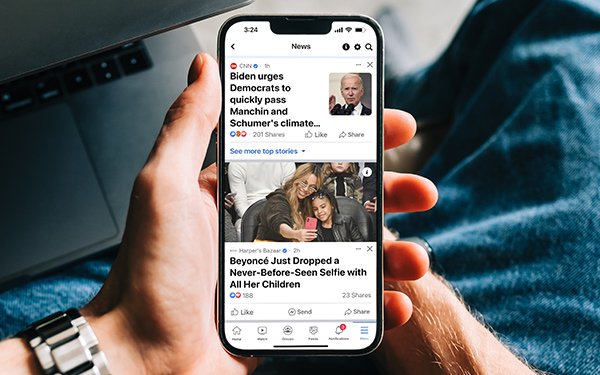 News publishers are being served the bad news that Meta will no longer pay for their content on Facebook’s News Tab.

They are free to publish content on Facebook—but they will not be paid for it, according to reports in the Wall Street Journal and Axios.

“Publishers are again learning a lesson they have learned before, whether it be from pivots to video or errors in attribution: They can’t be fully reliant on the walled gardens,” says Adam Berkowitz, chief of staff at LiveIntent, an ad-tech platform that specializes in email newsletter advertisements for publishers and retailers.

Berkowitz continues that “publishers must focus on channels they own. The walled gardens see so much success because their inventory is logged-in and targetable. Publishers must pursue solutions that either transform their inventory into logged-in media (by pursuing Identity solutions prior to the full deprecation of the third-party cookie) or through their own logged-in media like email newsletters and alerts.”
Mimi Wotring, SVP publisher sales and client services at digital measurement platform DoubleVerify, adds that, from "the demise of third-party cookies to this announcement, publishers are increasingly realizing that building or monetizing their audience shouldn't be outsourced to a third-party. And while it may be clear the time is now for them to take back control of their audience, such a shift will be much easier said than done.”

Why is Meta taking this action? It is moving away from news product to “more creative initiatives,” the Journal says.

Meanwhile, Meta reports a 1% decline in revenue for the second quarter, ended on June 30—to $28.8 billion. It expects its Q3 revenue to be in roughly the same range.

Expenses will hit $85 billion to $88 billion for the year, down from the prior outlook of $87 billion to $92 billion.

“We have reduced our hiring and overall expense growth plans this year to account for the more challenging operating environment while continuing to direct resources toward our company priorities," according to Meta.