The Most Interesting Major Streaming Player To Watch 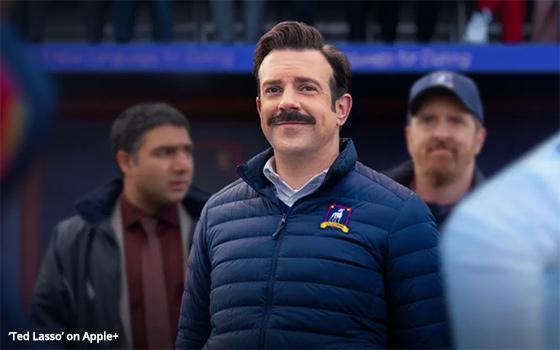 This follows Disney+'s and Netflix's rollout of advertising-defrayed subscription options.

Few were surprised by Disney+'s move, but many industry observers were shocked by Netflix's decision, following years of flat-out denying that an ad option might ever be in the wings.

I get that Netflix had no experience in this area -- as well as never owning a traditional TV network -- meaning it had no preexisting culture for selling advertising time.

Even when HBO Max announced, after its initial launch, that it would be doing ad-supported stuff, it kind of made sense.

It was a platform among other ad-supported TV networks, as part of the big WarnerMedia company, where its sister Turner TV network group has been operating for decades.

And then there was one. Apple TV+ remains in the sole advertising-free streaming service for major entertainment programming. And it has yet to hike its price from its $4.99 monthly, the same level it launched with in early November 2019.

Even bigger news occurred when Apple’s theatrical/streaming movie “CODA” won the Oscar for best picture earlier this year, first for a streaming service.

Still, there is an exception to this hard and fast rule. -It pertains to other non-entertainment content.

Live sports content virtually always goes hand-in-hand with TV commercials due to many sports' natural breaks in the action.

But don't look to see that happen with any of Apple TV+'s entertainment programming, at least in the near term.

“We feel strongly that what that customer wants is an ad-free product," Apple chief Tim Cook has said in the past.

If that sound reminiscent of the same rhetoric Netflix had been saying for more than a decade, until it didn't, the bottom line may be very different for Apple.

Still, Apple TV+’s Oscar and Emmy awards will no doubt bring it more big name movie and TV producers, and attendant buzz, which will be used as leverage against the other big services.

And that makes it the most interesting streaming player to watch -- business-wise, that is.

1 comment about "The Most Interesting Major Streaming Player To Watch".
Check to receive email when comments are posted.
Next story loading