The Gamification Of Media 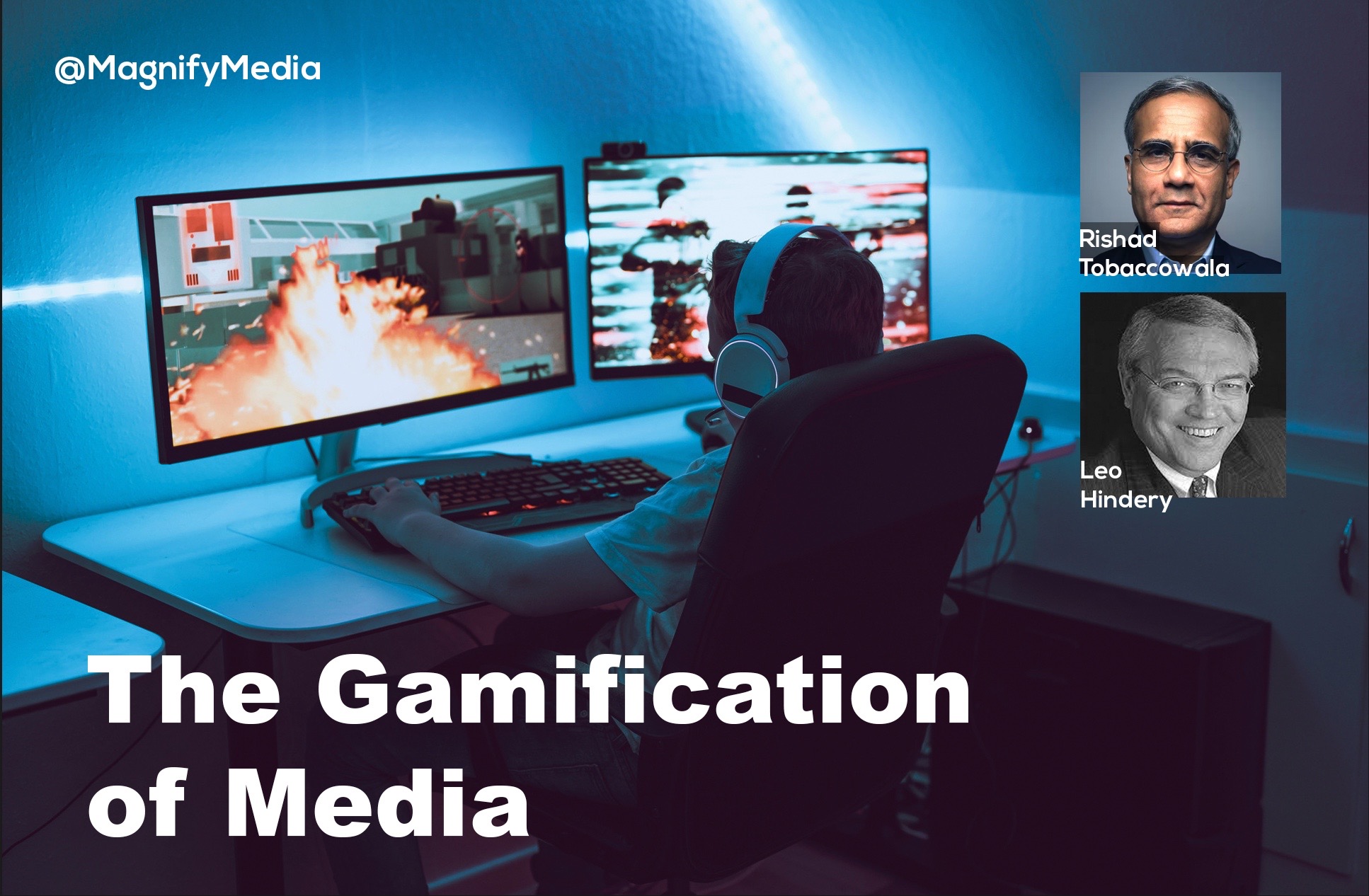 It's easy to miss the changes going on in media because chances are, they’re happening in a world hidden from view. But just ask two of the world's industry leaders, and they are certain of what’s the fastest growing sector: gaming.

When you look at how cable television was built from the ground up, the name that many remember as leading the charge was Leo Hindery. Hindery was brought into Tele-Communications Inc -- TCI -- to run the cable behemoth, as the cable industry grew and changed. Hindery spends some of his spare time as a professional NASCAR driver racing a Porsche GT3 RS, so he’s used to things moving fast.

"In 1997 we started to put the hundred channels bundled together,” Hindrey told a gathering at the Sustainable Media Center.  “15 years later, it all blew up. It just exploded. The bundle became passe.”

So what does Hindrey think the new media “pie” looks like? “Gaming is now media. Our children and our grandchildren will play it more than they will play in the old ‘bundle’ environment that we tried to leave them.”

And, of course, Hindrey is right. Fortnite, Roblox, and Minecraft are far more than games. They are worlds, with features more like social networks, connecting players in multiplayer experiences and enabling users to hang out with friends. Platforms are updated daily with new challenges and content.

According to The Economist, “excluding hardware, consumers now spend $120bn per year on video gaming globally, according to Nielsen: this compares to roughly $30bn on recorded music and $42.5bn at the box office.”

And bitkraft.vc argues that the actual numbers are significantly higher: “We project a more complete global market size of $335.5B in 2021—over 90%, or nearly $160B higher than Newzoo’s most recent estimate.”

Rishad Tobaccowala spent 37 years of his remarkable career in advertising at Publicis Groupe. When he looks down the road at the future of media and brand advertising, the data seems irrefutable. “In 2013, Morris Levy and I wrote a strategic document, which we presented to the street. We basically said advertising is in secular decline,” says Tobaccowala. “Today gaming is in its current size is bigger than TV, movies and music combined.

“The thing that most people don't get about gaming is that its current size, which is bigger than most of the other industries… combined. Gaming itself is twice the size of the advertising industry,  and most of the sales in gaming take place after you buy the game,” says Tobaccowala.

Gen Zs and millennials purchased a reported $54 billion of virtual goods in 2021, including clothes for their avatars, as well as swords and other digital goods.

When Tobaccowala says: “The future does not fit in the containers of the past,” the container he’s talking about is old media. The new containers are in front of us, but maybe not visible to the naked eye. Amazon is on pace to replace Google as the world's largest search engine. And since searching for a "thing" on Amazon represents the thing that advertisers are most driven by, intent to buy, Amazon is rapidly becoming the largest destination for brand advertising.

Gaming is in many ways the immersive and interactive media future we’ve been expecting. Tobaccawala says it’s being driven by consumer demand. “Our minds are imagination machines” that have far outstripped the physical carrier of our bodies, says Tobaccawala. Avatars and virtual worlds allow us to be a range of us and constantly re-invent and try on new lives and live in multiple worlds.

What Tobaccowala and Hindery are both saying is that media as we used to think of it was a container than contained shows and some news. But today the media container includes gaming, sports, music, news, social, and entertainment. It’s a much bigger container, and customers aren’t spending a moment thinking about behaviors of the past. Instead, they're embracing the large media world, shifting from being passive consumers of content to participants in and creators of content.

2 comments about "The Gamification Of Media".
Check to receive email when comments are posted.
Read more comments >
Next story loading